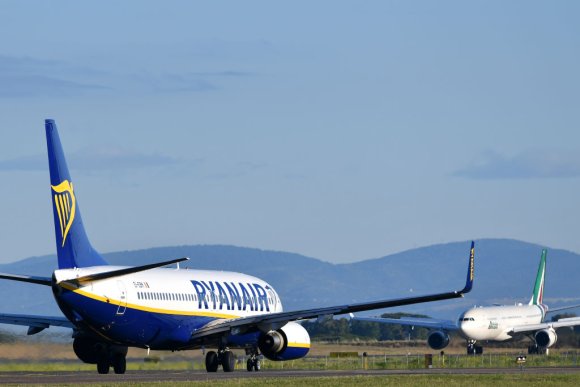 Ryanair has announced that it will add three additional Boeing 737s to its Rome Fiumicino (FCO) base this August.

The move bolsters the Irish ULCC’s position in the country, where it has surpassed flag-carrier Alitalia to offer the most intra-European flights from Italy.

After the aircraft have transferred to FCO, Ryanair will have six 737s based at the airport offering 21 routes in total—17 international and four domestic—of which six routes will be new. A total of over 65 weekly flights from Fiumicino will be offered by the ULCC.

Ryanair is also adding frequencies on eight of its current routes from FCO from August, including adding 14 extra weekly flights to Sicily; seven more to Catania (CTA) and seven to Palermo (PMO). FCO-CTA will depart 49X-weekly and FCO-PMO 35X-weekly. Service is also increasing to Bari (BRI) to 18X-weekly, and to 14X-weekly on services to Barcelona (BCN), Brindisi (BDS) and Brussels (BRU). Kyiv (KBP) and Vienna (VIE) services will also rise to 7X-weekly.

Operating from both airports in Rome—Ciampino (CIA) as well as FCO—the carrier expects to serve 78 routes from the Italian capital this summer in total and over 470 departing flights per week. Ryanair already has eight 737s based at Ciampino.

The Ryanair Group expects to operate 70-75% of its pre-pandemic capacity during the summer peak in 2021. Depending on the route, the ULCC is in many cases behind 2019 in terms of bookings relative to capacity, according to David O´Brien, CEO of Ryanair subsidiaries Lauda Europe and Malta Air.

In May, Hungarian LCC Wizz Air unveiled its fifth base in Italy, placing four Airbus A321neos at Rome Fiumicino, adding 32 new routes to 19 countries and complementing the 25 routes already operated by Wizz Air into FCO and CIA.