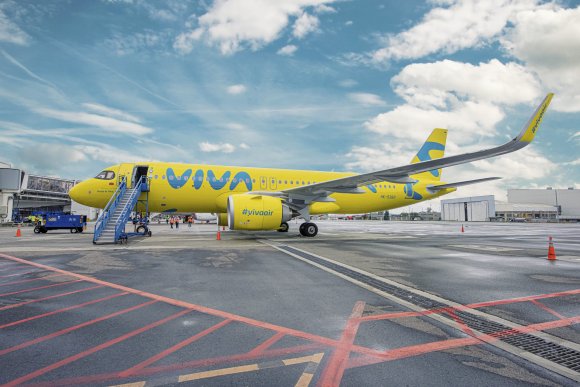 Viva has launched its second scheduled route to the US with flights connecting Colombia’s second-largest city Medellín and Orlando, Florida.

The airline, previously known as Viva Air until a recent brand refresh, said the service is one of 15 new international routes that will be introduced over the next three years.

Flights from Medellín’s Jose Maria Cordova (MDE) to Orlando (MCO) will initially be 3X-weekly using 188-seat Airbus A320neo aircraft, rising to 5X-weekly between July 8 and Aug. 28. The LCC said the additional frequencies were in response to high demand for seats.

“We look forward to giving more people the opportunity to travel affordably between Central Florida and our Medellín hub, as well as convenient connections to the many destinations we serve throughout Colombia and beyond,” Viva CFO Jason Bewley said.

Viva has served Miami (MIA) from MDE since July 2018 and currently offers up to 3X-daily flights between the destinations. On the new MCO route, the LCC expects to carry 27,700 passengers during the first year of operation with a load factor of 84%.

O&D traffic between Medellin and Orlando amounted to 58,316 two-way passengers in 2019—a rise of 55.3% on the previous 12 months. The increase in 2019 followed Spirit Airlines’ entry to the market in November 2018 as MDE-MCO had been unserved nonstop prior to that.

The figures, provided by Sabre Market Intelligence, show that O&D traffic in 2020 totaled 16,533 two-way passengers although Spirit had suspended service between March and December because of the pandemic.

Viva’s new international connection from MDE forms part of the airline’s strategy to further build its presence in the city, with the “Hub Medellín” project hoping to make air connections as important as ones from capital Bogota's El Dorado International (BOG).