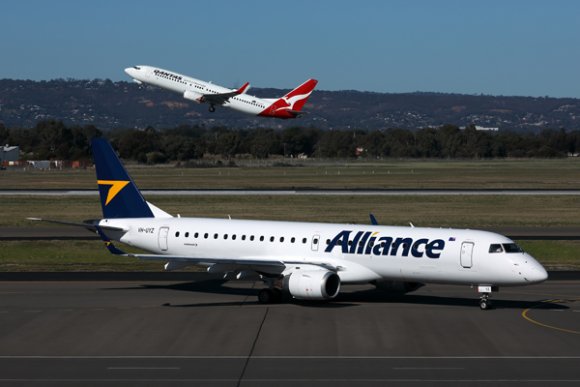 Australian flag-carrier Qantas is expanding its agreement with Alliance Airlines to increase the amount of regional jet capacity provided by Alliance.

Under the revised deal, Qantas will be able to secure up to 18 of Alliance’s Embraer E190s, up from 14 under the previous agreement.

Three of the E190s are already in service with Qantas, and another five are due to be deployed by October. The 94-seat aircraft will be painted in QantasLink livery, and will be used to connect regional centers with some of the smaller Australian state capitals, Qantas said. This will in turn enable the carrier to redeploy Boeing 737s elsewhere in its domestic network.

Meanwhile, three Airbus A320s will be temporarily transferred to the group’s Australia-based Jetstar subsidiary from Singapore-based Jetstar Asia. They will be in addition to six A320s Jetstar is borrowing from the Jetstar Japan joint venture.

These moves reflect the fact that international demand remains at low levels in Singapore, and Japan’s domestic demand is recovering more slowly than Australia's.