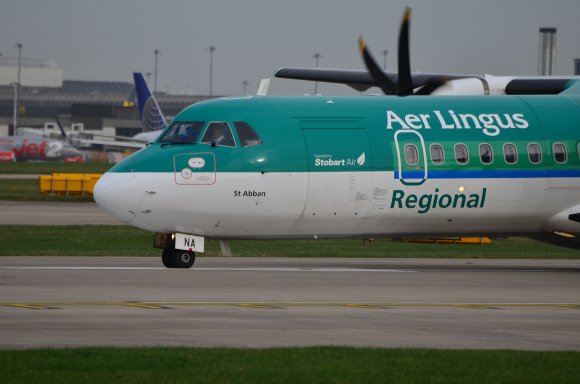 Aer Lingus has confirmed that it will operate six former Aer Lingus Regional routes until at least the end of August 2021 and is “progressing plans” for services beyond this date. BA CityFlyer will also operate four routes for the rest of the summer season.

As previously reported by Routes, a temporary schedule covering nine routes had been put in place following the June 11 collapse of Stobart Air, which operated regional flights in the UK and Ireland on behalf of Aer Lingus.

Until the end of August, Aer Lingus mainline will offer daily flights from Belfast City (BHD) to both Edinburgh (EDI) and Birmingham (BHX), while BHD-Manchester (MAN) will receive 11X-weekly flights. From Dublin (DUB), MAN and EDI will each be served 5X-weekly, with a 3X-weekly route to Glasgow (GLA) starting July 19.

BA CityFlyer will operate BHD to Leeds Bradford (LBA) six times per week and provide a 4X-weekly service to Exeter (EXT). Flights from BHD to GLA start on Aug. 2 and will be offered 6X-weekly, with a 2X-weekly BHD-Newquay (NQY) route beginning on July 3. Aer Lingus said travel from DUB to Donegal (CFN) and Kerry (KIR), as well as BHD to East Midlands (EMA) and Cardiff (CWL), is canceled until at least June 27.

Lufthansa subsidiary Eurowings Discover has obtained its air operator’s certificate (AOC), paving the way for the launch of its first routes in July. The startup will initially offer wet-lease flights for sister carrier Air Dolomiti before performing its own inaugural long-haul flight on July 24. This will connect Frankfurt (FRA) with Routes Africa 2019 host Mombasa (MBA), before flying onward to Zanzibar (ZNZ).

From August, the airline will add 3X-weekly flights to Punta Cana (PUJ) and 5X-weekly to Windhoek (WDH). Service to Las Vegas (LAS) and Mauritius (MLE) starts in October, with each route served 3X-weekly. In the 2021/22 winter flight schedule, Bridgetown (BGI), Montego Bay (MBJ) and Varadero (VRA) will be added with three weekly frequencies each. In addition, the flight program will be expanded from November to include short- and medium-haul flights to the Canary Islands, Egypt and Morocco.

Fresh from announcing new routes to Warsaw (WAW), Budapest (BUD) and Ljubljana (LJU), flydubai is adding another point to its European network. The LCC plans to start a Dubai (DXB)-Ankara (ESB) service on July 29, operating twice a week. The airline already served Istanbul (IST) in Turkey alongside new seasonal routes to Milas-Bodrum (BJV) and Trabzon (TZX).

Norwegian startup Flyr has been cleared to launch its first route on June 30 after securing its AOC. The carrier’s inaugural flight will connect Oslo (OSL) to Tromsø (TOS). Flyr plans to initially begin a network of domestic routes, before adding European leisure destinations.

Air Arabia Abu Dhabi is introducing a new route to the capital of Georgia. Flights between Abu Dhabi (AUH) and Tbilisi (TBS) starts July 14 and will be the only nonstop connection between the two cities. Service will be 3X-weekly using Airbus A320s, with a flight time of about three-and-a-half hours.

Punta Cana (PUJ) in the Dominican Republic is being added to TAP Air Portugal’s network during the winter 2021/22 season. The airline will offer two flights per week to the vacation destination from Portugal’s capital Lisbon (LIS) onboard A330neo aircraft. The route will operate on Wednesdays and Saturdays.

Jet2.com is expanding its winter 21/22 ski program by adding weekly services to Lyon (LYS) from Manchester (MAN). The route will operate from Dec. 20 through April 16, 2022. Lyon provides access to some of the best ski resorts in the French Alps including Tignes, Chamonix, Les Arcs, La Plagne, Les Deux Alpes and Alpe d’Huez. The Lyon addition means the airline will offer flights to eight ski destinations this coming winter.

Air Montenegro, which started scheduled service on June 10, is adding flights between Tivat (TIV) and Istanbul (IST). The route will begin on July 17 with 2X-weekly flights. As previously announced, the carrier will begin services to Ljubljana (LJU) and Banja Luka (BNX) late in June, while a Frankfurt (FRA) service will open July 15.

Canadian ULCC Flair Airlines is to offer nonstop flights from Grande Prairie (YQU), Alberta to Toronto (YYZ) and Vancouver (YVR). Service will be twice a week on both routes, with YVR flights beginning on Aug. 1 and YYZ starting three days later. Grande Prairie is the 20th destination served by Flair.