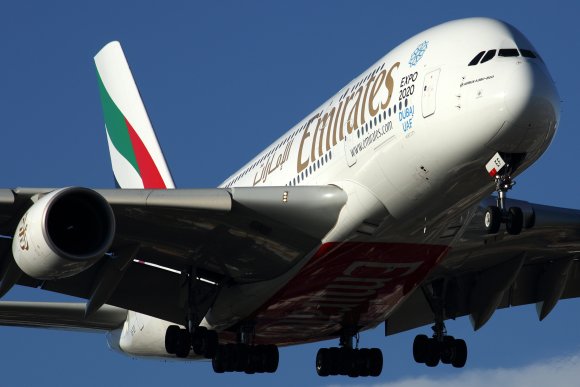 Emirates plans to resume carrying passengers from India, Nigeria and South Africa following the easing of entry restrictions to Dubai and will ramp up capacity to Jordan ahead of Eid al-Adha, one of the most important festivals in the Muslim calendar.

The airline confirmed that it would accept passengers on flights from India, Nigeria and South Africa from June 23 after a revision of rules issued by the Supreme Committee of Crisis and Disaster Management in Dubai.

Dubai’s government suspended inbound entry to the emirate from India on April 24—including transit passengers—amid a second wave of COVID-19 infections, while travel from South Africa was suspended mid-January this year. Emirates also halted outbound flights from Abuja (ABV) and Lagos (LOS) in Nigeria five months ago.

However, the Dubai government’s updated protocols mean that travel from the three countries will be permitted, although entry will continue to be limited based on specified vaccine and testing requirements.

Meanwhile, travelers from Nigeria must only present a negative PCR test taken 48 hours prior to departure and will also undergo another PCR test on arrival in Dubai. Anyone arriving from India or South Africa are also subject to similar testing requirements.

As well as resuming flights from India, Nigeria and South Africa, Emirates has confirmed that capacity to Jordan is being increased during July and August.

A second daily Airbus A380 service will be added between Dubai (DXB) and Amman (AMM) from July 15-20 ahead of the Eid al-Adha period. Emirates will also operate double-daily A380 services from Aug. 10-31. Additionally, the carrier plans to increase flights between Dubai and Amman from 12 to 14X-weekly from July 1.

Emirates currently serves 115 passenger destinations but intends to be operating 880 weekly services across 124 cities by the end of July, equivalent to almost 90% of its pre-pandemic network.

Resumption of service to seven cities is planned for July, including Venice (VCE) on July 1, followed by Phuket (HKT), Nice (NCE), Orlando (MCO) and Mexico City (MEX) across the following day. Lyon (LYS) will resume on July 9 and Malta (MLA) on July 14. The airline will also launch a route to Miami (MIA) starting July 22.

Meanwhile, 15 cities will receive A380 service this summer as Emirates plans to activate more than 30 of the aircraft type to augment its 151-strong fleet of Boeing 777s.

However, A380 resumption to the likes of Copenhagen (CPH), Mumbai (BOM), Perth (PER), San Francisco (SFO) and Taipei Taoyuan (TPE) has been pushed back until March 2022.