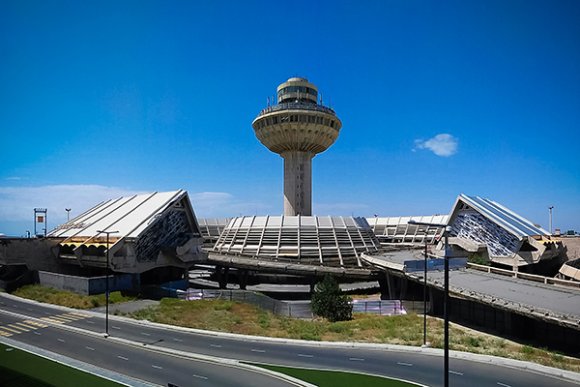 Condor, S7 Airlines and Air Arabia Egypt are among the airlines launching new routes to Armenia this summer as traffic to the former Soviet republic continues to recover.

German leisure carrier Condor plans to offer nonstop service between Frankfurt (FRA) and Armenian capital Yerevan (EVN) from July 30. The route, which marks the airline’s first destination in the Caucasus, will be offered 1X-weekly on Fridays.

“With the launch of direct flights to Yerevan before the end of this year, Condor is consistently continuing its strategy of offering vacations with family and friends away from the major established beach destinations,” Condor CEO Ralf Teckentrup said.

“But also, those who want to experience the overwhelming nature of the Caucasus, the historical sites of the country or even just the hospitality in Yerevan after the lockdown, can now comfortably reach their destination without changing flights.”

OAG Schedules Analyser data shows that Condor will be the sole provider of direct flights between Germany and Armenia once the route launches.

Ryanair operated a limited service during summer 2020 on Berlin Schoenefeld-EVN and Memmingen (FMM)-Gyumri (LWN) routes, but no nonstop scheduled flights to Armenia from Germany have been available since August 2020. The route between Frankfurt and Yerevan was last served in September 2018 by Turkmenistan Airlines.

Meanwhile, Russia’s S7 Airlines is more than doubling the number of routes it offers to Armenia. The LCC, which currently offers flights to EVN from Moscow Domodedovo (DME) and Novosibirsk (OVB), as well as DME-LWN service, is adding five new routes.

Flights to Yerevan from Rostov-on-Don (ROV) begin on July 2, followed by service from Krasnodar (KRR) and Volgograd (VOG) on July 5. Routes from Mineralnye Vody (MRV) and Sochi (AER) start a day later. All five routes will be operated once a week.

The expansion sees S7’s capacity between Russia and Armenia increase from about 1,500 two-way weekly seats to more than 2,700.

OAG data shows that Aeroflot has this month commenced flights on three of the routes being launched by S7 to Yerevan from KRR, ROV and AER. The SkyTeam member has also started a Yekaterinburg (SVX)-EVN service and will begin flying to Armenia’s capital from MRV in July.