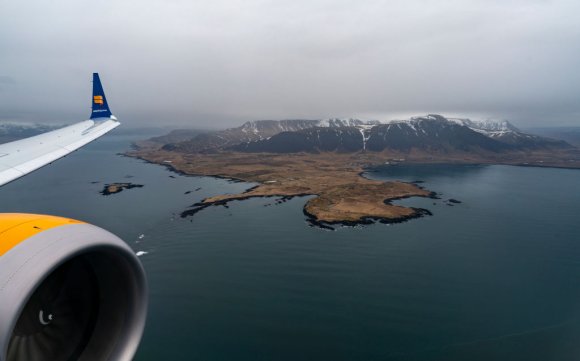 Icelandair is making a return to Maryland’s Baltimore/Washington International Thurgood Marshall Airport (BWI) in 2022 with plans to offer a seasonal service from Reykjavik.

Flights from the airline’s Keflavík (KEF) hub will start on May 13 through October. Service will be 4X-weekly using Boeing 737 MAX 8 aircraft.

“As Maryland continues to recover from the global pandemic, we welcome new opportunities for international tourism and trade,” Maryland governor Larry Hogan said. “This additional service connecting Maryland to Iceland–and beyond–is a positive sign for the economy here and abroad.”

Icelandair has long served Washington Dulles (IAD), located about an hour's drive away from BWI. However, the airline began flying KEF-BWI in May 2018, going head-to-head with fellow Icelandic carrier WOW air, which had served the route since May 2015.

Icelandair’s flights ran until January 2019, while WOW air operated KEF-BWI until its failure in March 2019. The WOW air brand and assets were later bought by USAerospace Partners, but the carrier has yet to make a comeback.

Since WOW air’s exit from the market, KEF-BWI has remained unserved nonstop. Icelandair continued KEF-IAD and—after suspending service during the pandemic—flights resumed in May 2021. The route is currently operating 6X-weekly using Boeing 757-200s.

“Iceland is now open to all vaccinated US passengers, and Europe is beginning to open their borders, as well,” Icelandair CEO Bogi Nils Bogason said. “Our return shows the promising future of air travel and our commitment to better serve the Baltimore-Washington area.”

Sabre Market Intelligence data shows that O&D traffic between Reykjavik and Baltimore-Washington totaled 44,700 two-way passengers in 2019, down from 166,800 in 2018 when both Icelandair and WOW air offered nonstop KEF-BWI flights.

Looking at traffic flows of Icelandair’s service in 2018 reveals that 42% of passengers flew point-to-point from BWI to KEF, while 58% traveled to destinations beyond Iceland’s capital on the carrier’s network. The top beyond destination was London, followed by Paris and Amsterdam.

Meanwhile, Icelandair restarted flights to Helsinki (HEL) on June 22 in addition to the recently returned Billund (BLL) and Geneva (GVA) services. The resumptions mean that the carrier is now offering more than 100 weekly departures from KEF for the first time since before the pandemic.