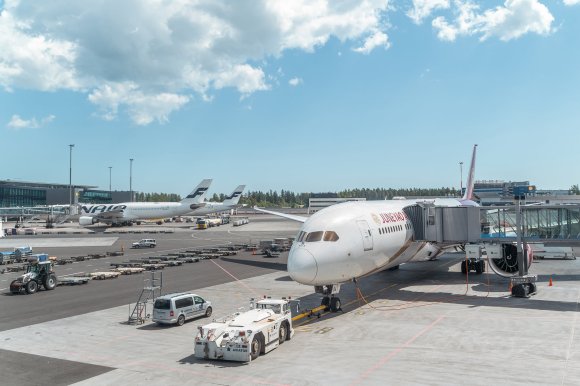 Finnair and Juneyao Air will enter into a joint business partnership from July 1 to cooperate commercially on flights between Helsinki and Shanghai, as well points beyond in China and Europe.

A reciprocal agreement for Finnair Plus and Juneyao Air Club frequent flyer members was also implemented in August 2019, while the carriers signed a letter of intent in April 2020 to draw up plans to enter a joint venture.

Finnair said its passengers would benefit from improved connectivity to a network of 57 destinations in China from Juneyao’s PVG hub, while Juneyao customers will enjoy better access to Finnair’s 65 European destinations via HEL.

“This is a true win-win partnership, which will enable Finnair and Juneyao customers to enjoy vastly improved access to our joint network,” Finnair CEO Topi Manner said. “It is also testament to Finnair’s steadfast commitment to China as a strategic market.”

Juneyao CEO Zhao Hongliang added: “The joint business with Finnair will allow Juneyao Air to further strengthen its market in Europe, which is an important strategy in our global expansion.”

Both Finnair and Juneyao are currently each serving HEL-PVG once a week using Airbus A350-900s and Boeing 787-9s respectively. The two airlines said they plan to increase frequencies once travel restrictions allow.

The route is currently Juneyao’s sole service to Europe although the airline has been seeking to widen its footprint in Europe. The airline planned to launch 2X-weekly flights to Dublin (DUB) and Reykjavik (KEF) in March 2020, alongside a 3X-weekly service to Manchester (MAN).

However, the start of all three routes—which would have operated via HEL—was postponed because of the COVID-19 outbreak.

Juneyao added a second route to HEL in October 2020 from Zhengzhou (CGO), a city in China’s Henan province. However, the 1X-weekly service has been suspended since February 2021.