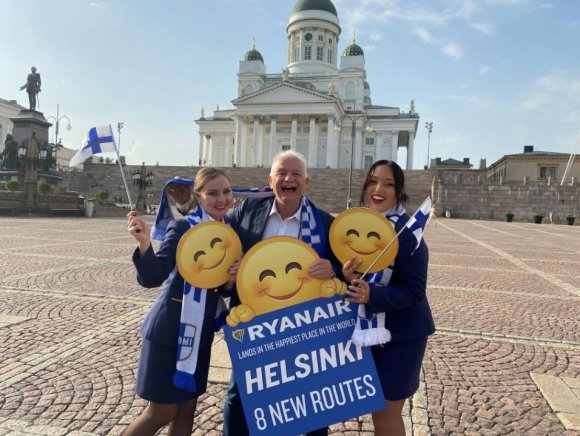 Ryanair will return to Helsinki this winter with the launch of eight routes from Finland’s capital.

The Irish airline began serving Helsinki-Vantaa Airport (HEL) in August 2020 with a route from Vienna (VIE). However, the service only lasted a few weeks as a second wave of COVID-19 infections across Europe began to take effect.

From the start of the winter 2021/22 season, Ryanair will begin operating 7X-weekly flights to London Stansted (STN), while four flights per week will be available to Milan Bergamo (BGY), Riga (RIX) and Warsaw Modlin (WMI).

Brussels Charleroi (CRL) and Kaunas (KUN) will each be served 3X-weekly, and two flights per week will be offered to Paris Beauvais (BVA) and Poznan (POZ).

Additionally, the ULCC will return to Tampere-Pirkkala (TMP) having suspended service due to the pandemic. A 2X-weekly route to STN is now open for booking.

“It’s great that Finland’s wide range of good flight connections is gradually recovering,” said Petri Vuori, SVP of sales and route development at airport operator Finavia. “This is a signal that we are moving towards better times.”

OAG Schedules Analyser data shows that Ryanair will resume flights to Finland on July 14 with service from Lappeenranta (LPP) to BGY and VIE. Flights to Memmingen (FMM) begin a day later.

On the routes from HEL, the latest schedules show that Ryanair will face direct competition on just one of the eight being launched, with Finnair and airBaltic both serving Riga.