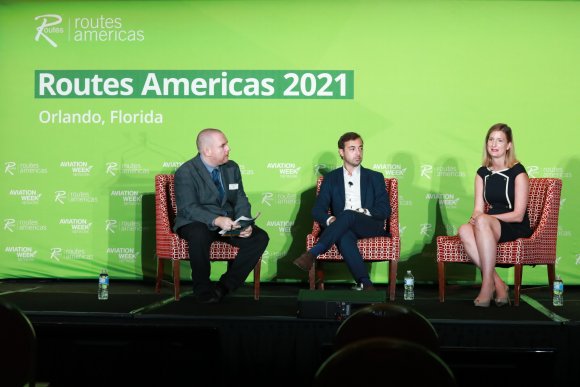 Speaking during a panel session on June 24 at Routes Americas 2021, Wear said that the prospect of a rebound in transatlantic traffic this summer is unlikely to materialize. However, she believes the outlook for next year is strong.

“The border reopening in the EU came a little too late for this summer as US carriers have put their widebodies on routes they know are going to work, such a short-haul to Mexico and the Caribbean,” Wear said.

“But I think after two years of not being able to go to Europe with friends and family will mean that everyone will want to go next year.”

But she added: “We need borders to open to get our transatlantic program back up and running, because part of our domestic capacity relies on the connecting traffic to our flights to Europe in the UK.

“We’re American’s transatlantic hub, and if you don't have a lot of transatlantic traffic, your business model is a little bit more difficult.”

Wear explained that a focus for PHL during the pandemic has been helping its airline partners to identify new opportunities and adapt their business models. She said a lot of effort has gone into demonstrating which new markets will be a success.

“Helping our airlines find new opportunities was our number one goal; getting them to pivot and be opportunistic in markets you know will work,” Wear said.

“We have huge ethnic populations at Philadelphia which have been traditionally underserved or unserved and we've leaked to the New York markets.”

Wear said a number carriers are now reaping the benefits of that following several successful route launches. New services that have started this summer include American Airlines’ route to Santiago in the Dominican Republic.