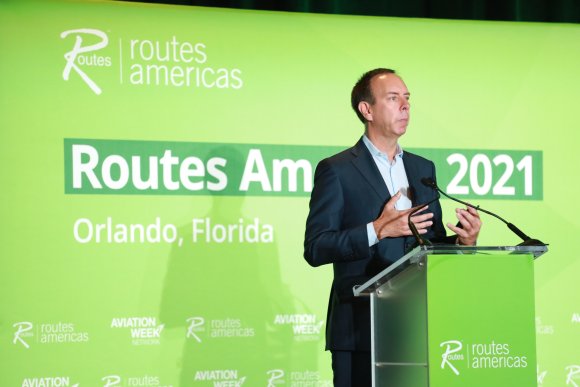 Air traffic in the Americas region will continue to grow strongly over the next 20 years despite the current impact of the pandemic, according to forecasts by IATA.

Speaking last week during Routes Americas 2021, IATA regional VP for the Americas Peter Cerda said North America is expected to gain more than 380 million passengers over the next two decades, representing an annual growth rate of 1.7%. In Latin America, about 288 million passengers will be added over the same time period, equivalent to growth of almost 3% each year.

“We were already seeing that upward trend before the pandemic,” Cerda said. “In the next few years through 2025 we see good growth in the region. People will really want to get on airplanes.”

But he added that 2021 would continue to be tough for many carriers, predicting that airlines around the world will lose almost $50 billion this year. In North America, carriers are expected to lose $5 billion, while losses of $4 billion in Latin America and the Caribbean are forecast.

Cerda said that the last profitable year for airlines in Latin America and the Caribbean was 2017 and therefore returning to a pre-COVID environment would not be good enough.

However, although almost 1,800 routes across the Americas have been suspended or canceled since the onset of the pandemic, Cerda highlighted that new opportunities have emerged.

As an example, he pointed to Hawaiian Airlines’ decision to add flights between Honolulu (HNL) and Orlando (MCO)—destinations that would traditionally compete for tourist traffic.

“With every crisis there’s opportunities,” Cerda said. “This route shows how we have to reinvent ourselves as an industry.”