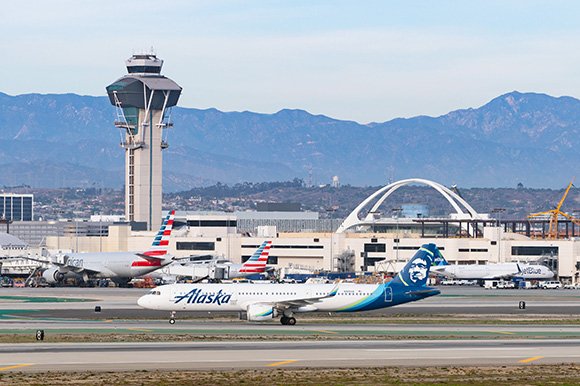 The JFK-LAX market is valued by airlines due to its large share of premium and corporate travel. In addition to Alaska, the route is currently served by American Airlines, Delta Air Lines, JetBlue Airways and United Airlines.

Of the five carriers in the market, Seattle-based Alaska is the only one without lie-flat seats in business class, which may have affected its competitiveness on the route.

The move by Seattle-based Alaska to pull out of the JFK-LAX market was first reported by the Cranky Flier blog.

A company spokesperson told Aviation Daily that it made the decision to pull the route after “closely analyzing our routes between the West Coast and the New York City area.” But the company remains active elsewhere in the transcontinental market.

Beginning this winter, it will offer 25 daily nonstop flights from its “core” West Coast markets—Portland, Oregon; San Diego, San Francisco and Seattle—to both JFK (12 flights) and

Newark Liberty International Airport in New Jersey (EWR) (13 flights). The spokesperson said the company plans to continue to use all 24 of its allocated arrival and departure slots at slot-constrained JFK.

“With our 25 peak daily nonstops from the West Coast as part of our adjusted schedule, we’re able to offer our guests a broad range of flight times into both JFK and Newark,” the spokesperson said.

The company confirmed that its last day operating the LAX-JFK route will be Oct. 6. Customers who have already bought tickets for flights after that date will be contacted by the company to help them with new travel arrangements.