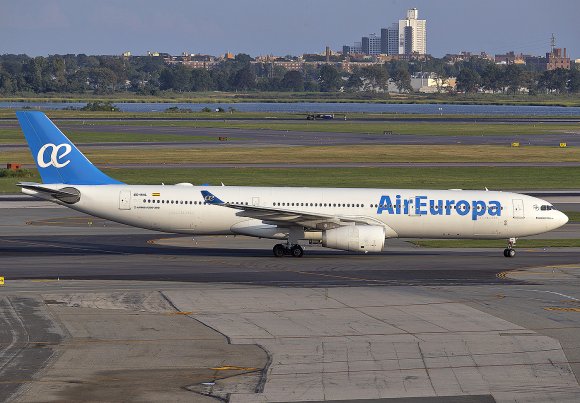 An in-depth investigation has been opened into the planned acquisition of Air Europa by International Airlines Group (IAG) over worries that the deal may dampen competition on Spanish domestic and international routes.

The European Commission is concerned that the transaction could “significantly reduce competition” on 70 O&D city pairs to, from and within Spain on which both airlines offer direct services, and in some cases are the only operators to do so.

The EC is also looking into the effect on routes where other airlines rely on Air Europa's domestic and short-haul network for their own operations at Madrid ({{MAD}), as well as “a number of other” EU airports.

“Without Air Europa's feeder traffic, some airlines may decide to terminate their services to international destinations also served by IAG, reducing choice for travelers,” a statement said.

When was the deal agreed?

IAG, which owns Spanish carriers Iberia, Vueling and Level, as well as British Airways and Aer Lingus, agreed to buy Air Europa from Globalia in November 2019 for €1 billion ($1.19 billion) as part of plans to boost its presence in the South American market and turn MAD into a key European hub.

At the time, IAG said the addition would transform Spain’s capital into a “true rival” to Europe's four largest hubs—Amsterdam (AMS), Frankfurt (FRA), London Heathrow (LHR) and Paris Charles De Gaulle (CDG)—and re-establish the group as a leader in the “highly attractive” Europe to Latin America and Caribbean market.

However, as a result of the pandemic, the terms of the deal were renegotiated, with IAG managing to cut the purchase price in half. In January, it was announced that the Iberia-owner would now acquire Air Europa for €500 million and payment would be deferred until six years after completion of the deal.

What has the EC said?

Executive VP Margrethe Vestager said the EC would assess whether the proposed transaction would negatively affect competition on domestic, short-haul and long-haul routes to and from Spain, possibly leading to higher prices and reduced quality for travelers.

She added: “Although the financial situation of many airlines is still fragile, there are signs that demand for air transport services is recovering from the coronavirus crisis. It is important to ensure that the recovery of the sector takes place in a competitive environment preserving sufficient choice for travelers.”

At this stage, the EC has found that competition from other airlines, including from European LCCs, would likely “not provide a sufficient constraint” on the merged entity on the routes where it would hold high market shares. Similarly, the competitive pressure of European network airlines or Latin American airlines appears “insufficient.”

However, the EC acknowledged that it was not in a position to determine whether in the long-run the companies would continue to compete on each and every route on which they used to compete before the crisis, based on the information available during the first phase investigation.

The group said it maintains that the deal is “pro-competitive and will benefit customers, employees and the Spanish economy and connectivity.”

“This transaction remains strategically important for the future of both IAG and Iberia and we continue to work with the European Commission,” an IAG spokesperson said.

“It will strengthen Madrid's hub competitiveness on a global stage enabling it to compete against other major European hubs and will benefit consumers by providing them with more choices to destinations around the world. This transaction will enable a faster recovery of Madrid´s connectivity following the unprecedented impact of COVID-19.”

What was the situation before the pandemic?

Data provided by OAG Schedules Analyser shows that Ryanair was the largest airline operating from Spain in 2019, with a 17.4% share of all departure seats. However, Vueling was second (16.5%), Iberia third (15.1%) and Air Europa fourth (7.4%).

Adding in the capacity share of seats offered by British Airways and Aer Lingus would give IAG, along with Air Europa, a 41% share of all capacity available from and within Spain during 2019.

Looking solely at the domestic market reveals that the combined business offered 72.7% of all available seats, with Vueling, Iberia and Air Europa the top three largest providers of domestic capacity.

On routes between Madrid and Latin America and the Caribbean, Iberia offered 4.4 million two-way seats in 2019, while Air Europa provided 2.6 million. Avianca was third with 777,400, LATAM Airlines Group fourth with 740,000 and Aeromexico fifth with 397,000.

Given the overall market totaled 10.3 million two-way seats, the combination of Iberia and Air Europa would give the airlines a 68.1% capacity share.

Overall, Air Europa operated to 149 airport pairs in 2019, 77 of which were also operated by Iberia and 55 by Vueling.

How have things changed since then?

Given the ongoing travel restrictions, the networks of IAG airlines and Air Europa have unsurprisingly been reduced. For the week commencing June 28, Air Europa is serving 66 airport pairs of which 41 are also served by Iberia and 22 by Vueling.

The EC has 90 working days, until Nov. 5, to decide whether the IAG acquisition of Air Europa may reduce competition.