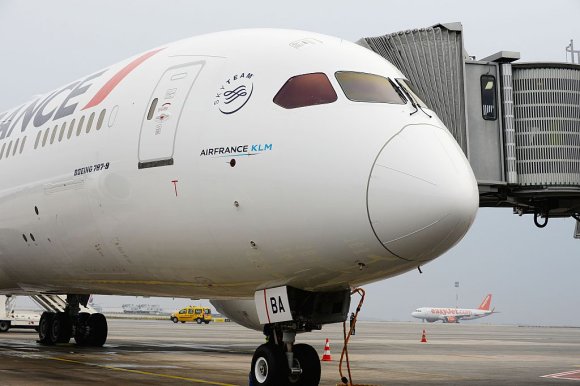 Air France is adding three new long-haul destinations to its network during the upcoming winter season as part of a focus to attract leisure traffic.

Zanzibar in Tanzania, Muscat in Oman and Colombo in Sri Lanka will join the SkyTeam alliance member’s schedule from October, each of which will be served from Paris Charles de Gaulle (CDG).

Flights to Zanzibar’s Abeid Amani Karume International (ZNZ) start on Oct. 18, operating twice a week using Boeing 787-9 aircraft as a continuation of the flight to Nairobi (NBO) in Kenya.

The vacation destination was last served from France in 2015 by the now-defunct XL Airways France, which operated flights from CDG to ZNZ via Hurghada (HRG) in Egypt. Air France’s sister carrier KLM began flying to ZNZ in late-2020, offering service from Amsterdam (AMS).

Sabre Market Intelligence data shows that O&D traffic between Paris and Zanzibar totaled 54,500 two-way passengers in 2019, with NBO the top connecting market. Air France previously had a codeshare in place with Kenya Airways between NBO and ZNZ.

Air France’s second new long-haul destination this winter will be Muscat (MCT), the capital of Oman. Service will be three times per week from Oct. 31 onboard 787-9s.

The carrier is set to compete on the route with Oman Air, which is currently scheduled to resume daily MCT-CDG flights using 787-9s at the start of the winter 2021/22 season.

The third new destination joining Air France’s network is Colombo’s Bandaranaike International (CMB). Flights will start on Nov. 1, operating 3X-weekly as a continuation of the service to Malé (MLE) in the Maldives. Boeing 787-9s will again be used on this route.

Srilankan Airlines previously operated CMB-CDG nonstop until November 2016, and provided a limited service between July and November 2020, data provided by OAG Schedules Analyser shows. However, there are currently no direct connections between Paris and Colombo.

As well as launching the three new destinations, Air France plans to increase service to Papeete (PPT), the capital city of French Polynesia, with the carrier’s CDG-Los Angeles (LAX)-PPT route increasing to 5X-weekly from Nov. 3 onboard 777-200s.

The airline will also strengthen its flight schedule to Dubai (DXB), offering up to 14X-weekly frequencies as Oct. 23, while service to Miami (MIA) will grow to 12X-weekly from Oct. 31 using 777-300s and Airbus A350s.