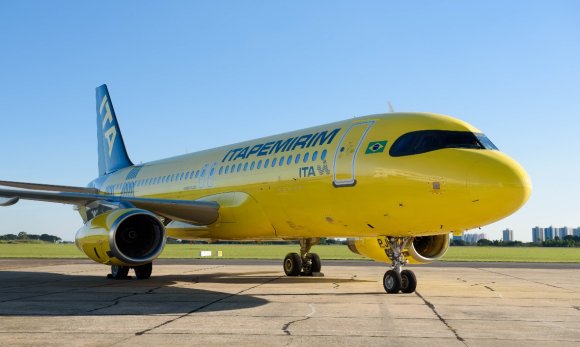 Austrian Airlines will fly to Málaga (AGP) in Spain from July 22. The route from Vienna (VIE) will be served twice a week throughout the year using Airbus 320s. Flights will be on Thursdays and Sundays. “The demand for tourist travel is particularly high, which is why we are expanding our range in destinations,” Austrian Airlines CCO Michael Trestl said.

Norwegian regional carrier Widerøe is continuing to build its presence at Bergen (BGO) with the launch of two new routes. A year-round service to Alicante (ALC) will begin on Sept. 4, operating once a week on Saturdays using Embraer E190-E2 jets. Flights to Vágar (FAE) in the Faroe Islands will also start on the same date, with service scheduled to be on Mondays and Fridays onboard Dash 8-400s. Widerøe began serving London Heathrow (LHR) from BGO on June 18, initially with 2X-weekly flights using E190-E2s. The frequency is set to increase to 6X-weekly from Aug. 18.

German LCC Eurowings is expanding its range of destinations to include northern Sweden, with a new route from Stuttgart (STR) to both Kiruna (KRN) and Luleå (LLA). From Dec. 4 through late March, the airline will operate STR-KRN once a week on Saturdays using A320s. Flights from STR to LLA start on Dec. 5 also through to late March, flying on Wednesdays and Saturdays with A320s. The new routes will target German travelers wanting to see the Northern Lights.

Jordan Aviation has launched a 2X-weekly service from Amman’s Queen Alia International (AMM) to Muscat (MCT) in Oman. The route, which began on June 29, will operate on Mondays and Fridays using Boeing 737s. MCT said the launch of the route comes amid increasing passenger demand between Jordan and Oman.

Russian LCC Pobeda will resume flights to Bodrum (BJV) and Dalaman (DLM) from Moscow Vnukovo (VKO) from Aug. 1. Service to BJV will be 3X-weekly, while DLM will receive four flights per week. The Aeroflot subsidiary will also begin daily flights from Moscow's Sheremetyevo (SVO) to Alanya (GZP) in Turkey from July 17.

Jazeera Airways is launching launch flights from Kuwait (KWI) to Turkey’s coastal city of Antalya (AYT) starting from July 2, as well as to the Ukrainian capital Kyiv Zhuliany (IEV) starting from July 13. Flights to each destination are scheduled twice weekly.