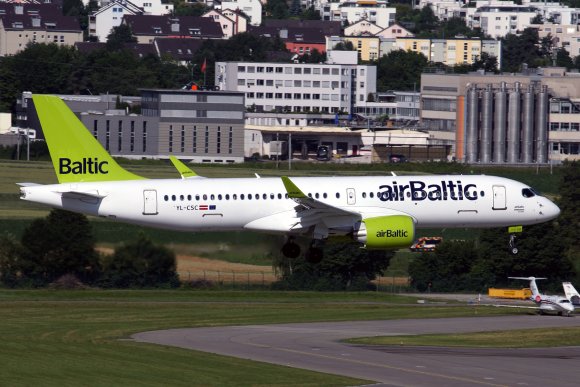 Lativa’s airBaltic has opened seven new routes from Riga (RIX) since the start of July, adding services to destinations in the UK, Spain, Italy, Norway and Greece.

The hybrid carrier started the month by launching flights to Valencia (VLC) in Spain on July 1, followed a day later by routes to Pisa (PSA) in Italy and Edinburgh (EDI) in the UK.

Flights to the Norwegian cities Trondheim (TRD) and Bergen (BGO) began on July 3, alongside a route to the Greek island of Kos (KGS). Service to Manchester (MAN) opened on July 4.

All seven of the new routes will operate twice a week using Airbus A220-300 aircraft.

The network expansion comes after airBaltic reported a 70% jump in passenger numbers during June 2021, compared with May, rising to 111,700. The airline performed 1,780 flights last month.

However, the June passenger figure still represents a 79% drop on pre-pandemic levels.