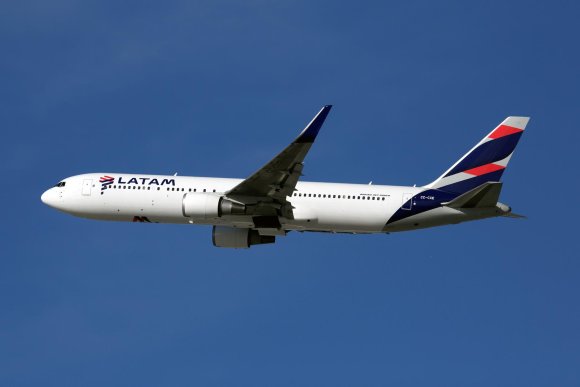 Following Argentina’s recent decision to lower the cap of passengers arriving on international flights, LATAM Airlines group has been forced to cancel service from Brazil and Chile to the neighboring country.

Argentina has lowered the number of daily international passengers arriving in the country to 600, down from a previous cap of 2000. The country’s explanation for lowering the cap was to contain coronavirus spread. According to data from the World Health Organization (WHO), Argentina recorded a solid rise in weekly COVID-19 cases in mid-May, jumping nearly 41% for the week of May 17. Since that time, case counts have dropped. WHO data show Argentina has a total of 4.6 million confirmed COVID-19 cases.

Statistics from Our World Data show roughly 11% of Argentina’s population of 45 million residents have been fully vaccinated.

LATAM’s flight suspensions will remain in place until Aug. 6, and after that time, “flights to Brazil and Chile will be subject to the provisions adopted by the government of Argentina,” the company stated.

In the IATA Summer 2019 season there were 1.3 million seats available from Argentina to Brazil, and 801,605 to Chile.

Of the 13 carriers operating service from Argentina to its neighbors, LATAM had the largest market share at 31.9% of all capacity, followed by Aerolineas Argentinas (24.2%) and GOL Linhas Aereas (18.9%).

Overall for the season there were 15.9 million departure seats available from Argentina. The country’s heavy restrictions on international travel reduced that to 1.3 million in summer 2020, and there are currently 6.3 million seats scheduled for this season.

In a recent article for Routes, GRU’s head of airline business João Pita outlined the importance of the Argentina market to Brazil and his hope that European airlines would use GRU as a hub to connect into Buenos Aires.

IATA has been working to meet with Argentina’s government to discuss the new caps, and has stated that at a minimum, the government needs to advise how the 600 seats will be distributed between the airlines providing international passenger service to the country.

Previously, IATA regional VP of the Americas Peter Cerdá stated that by taking such unilateral decisions at such short notice, the Argentine government risks further isolating the country. Cerdá also noted that “mandating a further reduction of daily international arriving passengers by 70% will force airlines to strand thousands of passengers, mainly Argentinian citizens and residents, outside the country, through no fault of their own.”