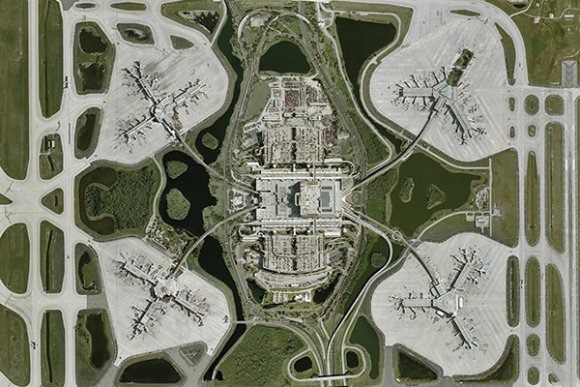 How close are you to your 2019 levels of activity?

In terms of capacity, our numbers are above where we were in 2019. Our domestic load factors are strong and there are a couple of carriers above 90%. Southwest is in the high 80s; they have the largest daily volume of about 25% to 28% of traffic.

Lufthansa restarted service doing three days a week and international is starting to pick up, but obviously there are some discussions between the national governments needed to improve people’s ability to fly once they’re vaccinated.

In Orange County, over 60% of adults have been vaccinated and we have a vaccine station set up in the airport. Over the last 15 months, TSA data show that Miami, Fort Lauderdale and Orlando combined account for 11% of the total capacity, and Orlando is the busiest in the state.

We typically run 65,000 departing passengers on busy days. When you look at the estimates for arriving, we’re at about 130,000 daily passengers, so that’s probably about 90% of where we were in 2019.

With most traffic in the market being leisure, how different does that look from 2019?

We’ve always been heavily leisure focused. We have seven of the 10 largest theme parks in the US, and SeaWorld, Disney and Universal drive a lot of business. We’re also seeing some meetings start to come back and the focus right now is amateur sports. We have a volleyball championship of the Amateur Athletic Union and they’re expecting 179,000 attendees. What that tells you is that business is going to start to come back. 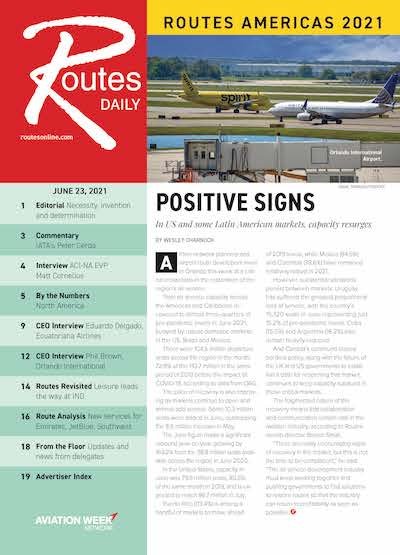 For us, the high point was that we’re no longer under an emergency order from our county mayor. We’ve hit the mark of 14 days of less than 5% positivity on infections.

So with traffic and capacity coming back, what are the next challenges?

We won’t let up on the traffic right now, we know that we still need to recover. Our priority is to continue to be sure the message is out there that we’re safe, secure and that this is a great place to come.

But one of the bigger challenges that we see is hiring employees, and that’s all over the country. Some of our concessionaires and rental car businesses are having a difficult time. So we are hosting job fairs and other things, and I think what we’re seeing is the wages are starting to come up which they probably need to do.

We have a South Terminal project that we reduced the size of during the pandemic, but we did not stop construction. That will be completed in early spring next year, and probably operational in later summer.

Which international markets are important to reboot or launch?

There’s the Canadian market, which has been restricted primarily from governmental mandates; that’s always been a strong market for us. We’ve already had a strong Latin American market, Mexico and Colombia are strong. There are challenges with Mexico because of the ICAO issues that have arisen, but through the pandemic Mexico was a strong market. Argentina hasn’t been flying and there has always been demand there.

We’re also looking at connections; we’re looking forward to Emirates coming back with the Dubai connection that will give us one-stop access to anywhere in the world. We’re really looking forward to London Heathrow because both British Airways and Virgin Atlantic are planning to fly and that will give us a large number of connections. We’d also like to expand into the EU, and in the fall we’re looking at an Amsterdam service that will start with KLM.

Eventually we’re going to focus one more time on the Far East. It’s technically feasible with aircraft these days to fly nonstop from Tokyo or China. Because of the tender relationship that we have right now with the Chinese government, I think Tokyo has the most potential.