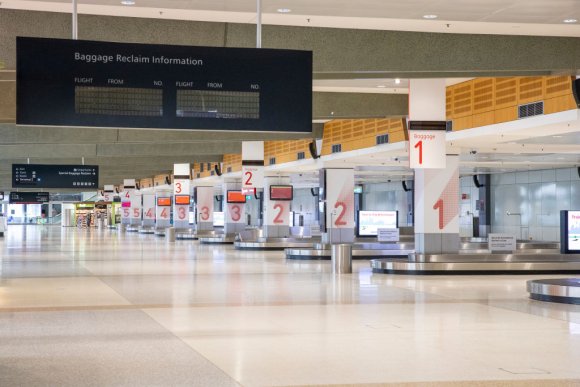 Despite the reopening of borders around the world, Airports Council International (ACI) World foresees a “lasting adverse impact” from COVID-19 on air travel, with 5 billion fewer passengers expected to fly in 2021 compared to pre-pandemic forecasts of traffic.

“Compared to 2019 levels this is expected to be a minus 47.3% by year end with domestic passenger traffic recovering faster than international traffic,” ACI said in a new forecast. “Globally, domestic traffic will continue the recovery started in 2020 to reach close to 3.3 billion passengers by the end of 2021 (61.4% of 2019 levels).”

ACI World estimated that collectively airports around the globe will see a $108 billion reduction in revenue in 2021 compared to pre-pandemic forecasts.

“As vaccinations continue and travel restrictions are slowly eased, more passengers are expected to return to travel in the second half of the year,” ACI World said. “While international passenger traffic remained weak in the first half of 2021, signs are pointing toward a surge in air travel demand for the second half of the year, but much uncertainty still surrounds the long-term recovery of the aviation industry.”

ACI World predicts that global passenger traffic will recover to 2019 levels by the end of 2023, “which will be mainly driven by the recovery of domestic passenger traffic but dampened by a slower recovery of international travel,” the organization stated. “In the long run, it is predicted that the global traffic may take up to two decades to return to previously projected levels.”

ACI World director Luis Felipe de Oliveira said: “Despite increasing positive signs, COVID-19 remains an existential crisis for airports, airlines and their commercial partners and aviation still needs support and reasonable policy decisions from governments if an even, sustained recovery is to be realized. Air traffic is the lifeblood of the airport business as practically all aeronautical revenues are a direct function of traffic including passenger-related charges from passengers and aircraft-related charges. As traffic declined, airports’ ability to collect those charges decreased proportionally and, with little flexibility in operating expenditures coupled with capital costs that are largely fixed, the current crisis represents an unprecedented challenge for the airport industry’s financial viability.”

He encouraged countries to ease COVID-19 travel restrictions. “Persisting with full-scale restrictions and blanket quarantine measures puts the prospects for a safe, passenger-centric, and sustainable recovery of the crucial air transport system at risk, which will result in a protracted and damaging loss of global connectivity and growth,” de Oliveira said.