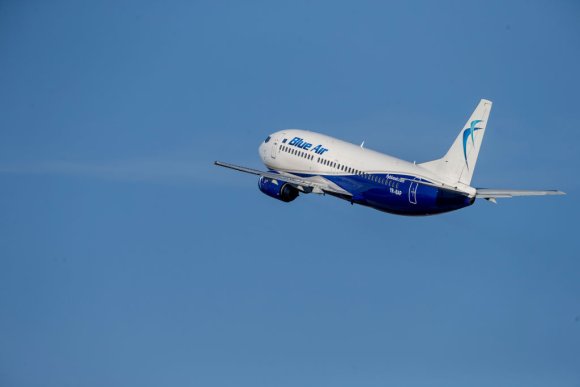 Romanian low-cost carrier Blue Air has added three more destinations outside its home country from Milan Linate (LIN). Daily services to Catania (CTA) and Paris (CDG) will start on 23 and 16 August respectively, while a 6X-weekly service to Barcelona (BCN) will also commence. Blue Air airline will operate the services with Boeing 737-800 aircraft.

Nile Air has launched a 2X-weekly service connecting Cairo (CAI) with Al Ain International Airport (AAN). The first took place on July 12 and uses Airbus A320 family aircraft. Abu Dhabi Airports CCO Francois Bourienne said: “The introduction of the new flights comes as part of the expansion of Al Ain International Airport and the introduction of new routes, to increase our airlines network and offer our passengers the best travel experience.”

Air Mauritius resumed its 3X-weekly service from Mauritius (MRU) to Paris (CDG) with A330-900 and A350-900 aircraft on July 15, the date the island re-opened its borders to international travelers.

French Bee, the LCC based at Paris Orly (ORY), has launched its delayed service to New York. Originally scheduled to commence in 2020, the service has commenced to Newark (EWR) operating non-stop on Airbus A350-900. The addition brings the total number of carriers operating at EWR’s Terminal B to 22.

Tuifly has flown its first service between Groningen Airport Eelde (GRQ) to the Greek island of Zakynthos (ZTH). The carrier will use Boeing 737 jets on the new weekly service.

Kenya Airways is to double its frequency between Nairobi (NBO) and London (LHR) to twice weekly from 20 July 2021. The airline then plans to increase frequency to 5X-weekly from September 2021, according to OAG Schedules Analyser. The carrier utilizes Boeing 787-8 aircraft on the route and competes with British Airways, which currently offers daily flights on board its Boeing 777 between the same airport pair. At present these are the only direct services available between Kenya and the UK.