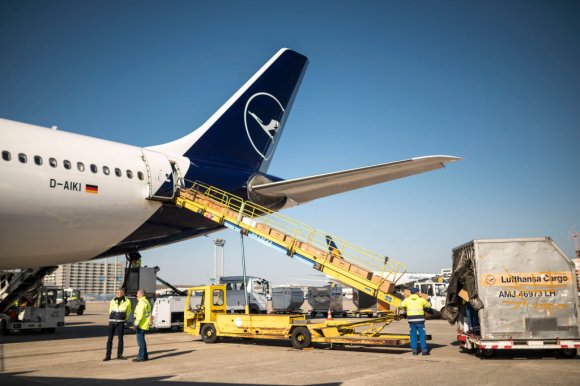 The aviation industry should find a balance between cargo and passenger activity when rebuilding route networks and restore long-haul activity at smaller airports, TakeOff Cargo has heard.

Rising cargo levels have led to networks being consolidated and new cargo-focused routes being created, but the travel industry’s ongoing recovery means focus is switching back to passenger activity.

Von Winning cited Lufthansa, Air Canada and United Airlines as having “very strong cargo” operations at FRA, which are now “slowly filling up with passenger capacity."

“Unfortunately, cargo capacity is going down now with airlines because passengers have baggage,” he said.

During the pandemic, von Winning said there had been a “massive change coming from a strong cargo airport where still everybody was very passenger-focused.”

“There was the realization that there is another part of the business that kept us running and the main reason long-haul kept on flying out of our airport was because cargo paid for it.”

“If there are 20 to 30 passengers on board, everybody was really happy to have an international connection and suddenly our airport team is running around selling long-haul routes for cargo reasons.”

“This is a bit of a cultural change; I hope it's going to be sustainable and not forgotten after a while.”

At present, von Winning also said there remains a “strong imbalance” in the market with “a lack of capacity from long-haul passenger flights” at small- and medium-sized airports.

“Especially in Europe, but also in North America, there is more of a focus of full freighters going into the main cargo hubs where we see even more cargo than we had pre-pandemic.

“With long-haul passenger traffic coming slowly back and capacity being available on all airports rather than big hubs, then we can see a direction where there's more balance.”

Also on the panel was Sao Paolo Guarulhos’ (GRU) head of airline business Joao Pita, who said that finding a better balance between cargo and passenger activity would create stronger route networks in the event of future crises.

“When you look at the market for the last 10 or 15 years, and with COVID, I think we need to be more resilient,” said Pita.

“I think we have learned that if you have two or three things on your plate you are more resilient. If you only rely on passengers or on cargo then something might happen.”

Pita was, however, optimistic that airlines would continue to focus and invest in their cargo operations.

“Companies from Europe that traditionally don't put a lot of effort on cargo to South America or Africa are now hiring a cargo team for outstations like Brazil, Argentina or Chile,” he said.