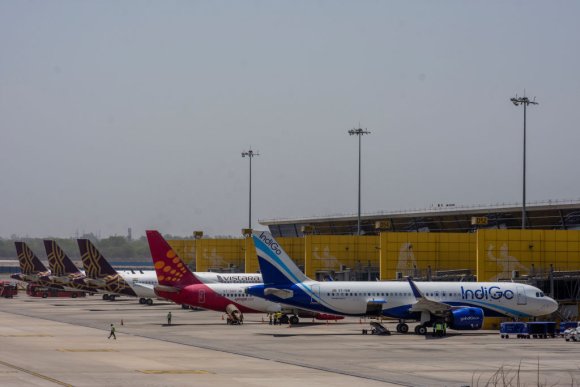 Statistics released by the country's Directorate General of Civil Aviation (DGCA) show domestic passenger traffic for June rose by 57% versus a month earlier. The June figure is still less than half the monthly totals recorded during the 2021 first quarter, but it still illustrates the beginning of a recovery.

IndiGo had the highest domestic market share in June, with 54.7% of passengers. Air India was second with 16.5%, after moving ahead of third-placed SpiceJet in May. SpiceJet experienced a bigger decline during the recent pandemic surge. SpiceJet was ahead of Air India during the first four months of the year.

The four largest Indian LCCs—IndiGo, SpiceJet, Go First and Air Asia India—collectively accounted for 75% of domestic passenger traffic in June, and 79% for the second quarter.

The Indian government has imposed caps on domestic airline capacity and fares since the early days of the pandemic. The second wave of cases caused the government to reduce the limit to 50% of pre-COVID capacity on May 28. However, it raised the limit to 65% from July 5.