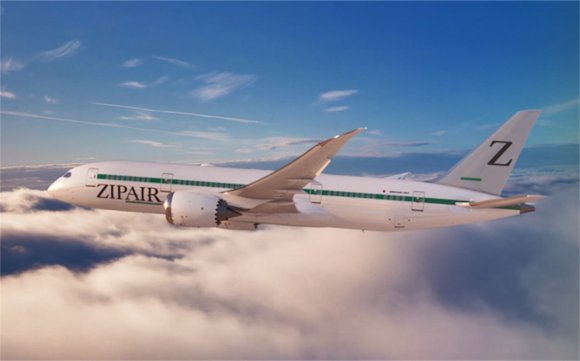 “Due to the impact of COVID-19, restrictions on entry into both countries are still in effect, but we hope that our new service to Singapore will provide a new convenient option for those who need to travel to and from Japan for business or pleasure,” ZIPAIR president Shingo Nishida said.

The route will begin on Sept. 7 using Boeing 787-8 aircraft, initially operating 1X-weekly before a second weekly frequency starts in early October. Flights depart NRT at 2 p.m. and arrive in SIN at 8.25 p.m local time. The return service leaves SIN at 9.55 p.m. and arrives back in Japan’s capital at 6.05 a.m. the following day.

Nishida said that cargo was a factor in the launch of the route, explaining: “We believe that the best way to contribute to society today is to transport cargo and support the global supply chain using our Boeing 787 aircraft, while continuing to prepare for the day we can welcome back customers to travel freely between various countries and continents.”

According to data provided by OAG Schedules Analyser, ZIPAIR will become the only low-cost operator between Tokyo and Singapore once it begins flights.

On a city pair basis, there are currently 14,560 two-way weekly seats between Tokyo and Singapore. This compares with more than 50,000 during the same week in 2019.

Japan Airlines first unveiled details of the long-haul LCC in May 2018. ZIPAIR debuted as a cargo-only airline in June 2020 before launching passenger service last October.