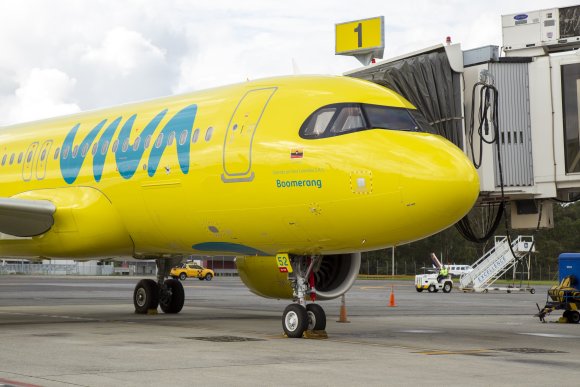 Colombian carrier Viva has submitted a request to the country’s civil aviation authority to launch 11 new routes, including what would be the airline’s first services to destinations in Brazil, Chile and Costa Rica.

The application to Aerocivil outlines plans to start five domestic and six international routes, four of which are from the ULCC’s hub at José María Córdova International (MDE) in Medellin. All 11 would be daily.

On the domestic side, Viva has applied to begin flying from Bucaramanga (BGA) to San Andrés (ADZ) and Cartagena (CTG), as well as from Cúcuta (CUC) to ADZ and CTG. The fifth domestic route would connect Barranquilla (BAQ) and ADZ.

Viva currently operates six international routes to destinations in Mexico, Peru and the US, including recently launched services from MDE to Cancun (CUN), Mexico City (MEX) and Orlando (MCO). In May, the airline also requested approval to serve Buenos Aires and Cordoba in Argentina from MDE.

Speaking during Routes Reconnected in April, Viva CEO Felix Antelo told delegates that his airline was seeking to grow its footprint on regional routes in Latin America, taking share from legacy carriers that currently dominate such sectors.

To capitalize on this, Viva is building its presence in Medellín, the second-largest city in Colombia. The “Hub Medellín” project hopes to make air connections from the city as important as ones from BOG.

If Viva gets the go-ahead to launch the six new international routes it has applied for, data provided by OAG Schedules Analyser shows that the carrier would face direct competition on three of them. Avianca and LATAM Airlines Group each serve BOG-GRU and BOG-SCL, while Jetsmart serves BOG-SCL and MDE-SCL.