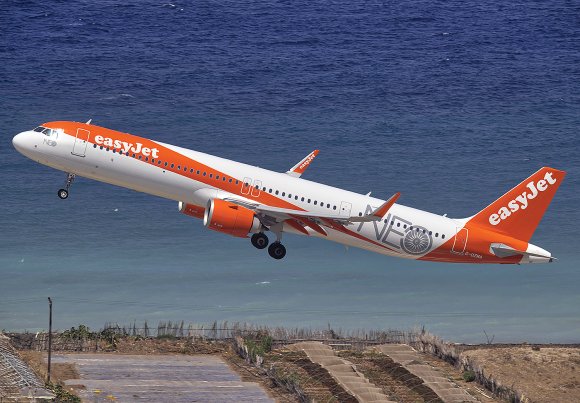 UK-based easyJet has announced plans to open 10 new leisure routes from the UK during the upcoming winter season, including adding flights to destinations in Egypt, Italy, Morocco and Spain.

Agadir (AGA), on Morocco’s Atlantic coast, will be served from GLA twice a week from Nov. 4 to March 24, and LTN services will be offered from Nov. 2 to March 22.

A new 2X-weekly service from BRS to Sharm el Sheikh (SSH) in Egypt begins on Nov. 3, while flights between LGW and Milan Bergamo (BGY) start on Oct. 31. The LGW-BGY route will be served three times per week.

Elsewhere, easyJet plans to open four new routes to destinations in the Canary Islands. Flights from GLA to Tenerife (TFS) will operate twice a week from Nov. 3 to March 26, while Lanzarote (ACE) will receive 2X-weekly flights from EDI between Nov. 3 and March 23.

Fuerteventura (FUE) will be served from MAN and EDI, both with 2X-weekly services. Flights from MAN will operate Nov. 2 to March 26, and from EDI between Oct. 21 and March 24.

Twice-weekly GLA and BFS routes to Gran Canaria (LPA) will begin from Nov. 1 and 2 respectively.

“We know many of our travel agent customers are looking to book a winter holiday after missing out on summer breaks, so we’re really pleased to be launching new holiday routes from airports across the UK,” easyJet holidays head of distribution Brad Bennetts said.

In addition, easyJet has confirmed plans to add daily service between MAN and the Isle of Man (IOM), starting on Nov. 2.

Earlier this week, the carrier said it intends to operate up to 60% of its pre-pandemic capacity between July and September, adding it was confident that demand across Europe would continue to increase.

“In order to capitalize on the opening-up of travel in continental Europe and the easing of restrictions for the fully vaccinated in the UK, easyJet continues to pivot capacity towards popular routes where we see rising customer demand,” easyJet said in a trading update.