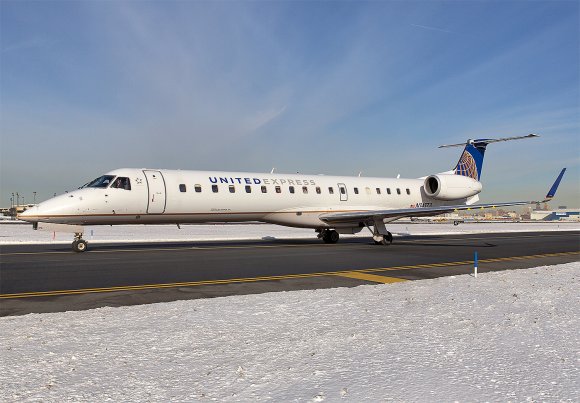 Read Here This article has been updated 2 August 2021

The US Transportation Department (DOT) has tentatively approved the comeback of ExpressJet, the US regional carrier that ceased operations last September after United Airlines consolidated its Embraer ERJ-145 flying with rival affiliate CommutAir.

DOT has issued a show cause order proposing that ExpressJet is “fit, willing, and able to conduct interstate air transportation” as a US-certificated air carrier. Any objections to the decision must be filed within seven business days to show why the tentative approval should not be made final.

“We have reviewed the air carrier’s forecasts and find them to be reasonable,” the DOT filing said. “We tentatively conclude that ExpressJet has access to sufficient financial resources to enable it to resume operations without posing an undue risk to consumers or their funds.”

ExpressJet has been a scheduled airline for 33 years and has operated as Delta Connection and American Eagle, as well as United Express.

Prior to the pandemic, the Atlanta-based carrier operated 3,300 weekly flights for United from bases in Chicago (ORD), Cleveland (CLE), Houston (IAH), Knoxville (TYS) and Newark (EWR). The airline, majority owned by ManaAir, employed 2,800 staff and served more than 100 airports across North America.

If authorized to resume flying, the airline intends to operate between small and mid-sized cities that currently have few or no flights due to the pandemic, initially focusing on routes with an average stage length of approximately 540 mi. (869 km).

The carrier wants to restart service with one Embraer ERJ-145 and has plans to add nine more aircraft to its fleet over the next 12 months.

“ExpressJet’s plans for 2021 and beyond are to provide high-quality, reliable, efficient point-to-point flying to small and medium-sized cities that have lost service in recent years as a result of US airline industry consolidation and COVID-19 driven route reductions,” a filing to the DOT in April said.

DOT said ExpressJet’s balance sheet as of April 30, 2021, shows that it has a positive working capital balance of approximately $29.06 million. The airline expects to incur about $61.3 million in operating expenses during the first year of operations.

Although the carrier does not plan to serve international markets during its first year, it is seeking permission to provide foreign scheduled passenger operations. However, the DOT has deferred action on the request until ExpressJet submits a plan describing its proposed operations.

ExpressJet’s strategy to offer point-to-point US domestic flights follows the launch of Breeze Airways and Avelo Airlines, which are each targeting unserved and underserved destinations in the US.