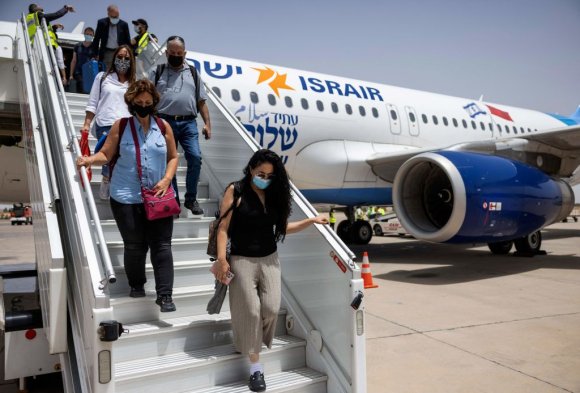 El Al Israel Airlines and Israir have launched their first commercial flights between Israel and Morocco, less than eight months after the countries agreed to normalize relations.

“We hope that now many can know Morocco better, to experience and be excited by this special country that is deeply rooted in Israeli heritage, culture and experience,” El Al CEO Avigal Sorek said.

Israel and Morocco vowed to establish full diplomatic and trade relations in December 2020 as part of a US-brokered agreement, pledging to begin direct flights and promote economic cooperation.

The US also agreed to recognize Morocco’s claim to the long-disputed Western Sahara region—although the Biden administration plans to review this decision.

In addition, El Al intends to launch a route between Tel Aviv and Casablanca (CMN) from Sept. 2, operating twice a week with 737-900ERs. Another Israeli carrier, Arkia, also plans to open a TLV-RAK service on Sept. 17 using A321neos, flying 4X-weekly between the destinations.

O&D traffic between Israel and Morocco totaled 80,015 two-way passengers in 2019, according to Sabre Market Intelligence figures. Tel Aviv-Casablanca was the top city pair, accounting for 72% of traffic. Tel Aviv-Marrakech was second with a 26% share.