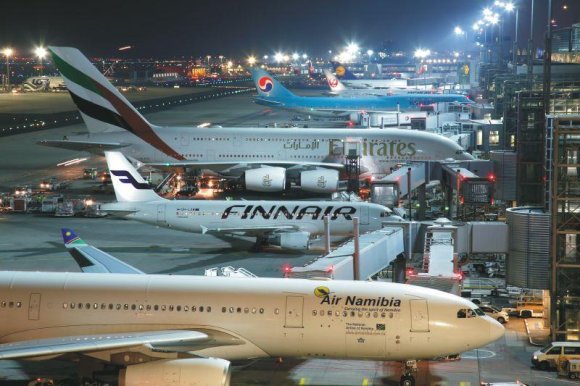 By Ben Goldstein with additional reporting by David Casey

The European Commission’s decision to set the continent’s minimum slot-use threshold at 50% for the 2022 winter season has been harshly criticized by IATA but welcomed by ACI Europe.

Slot rules governed by the EC normally require airlines to utilize at least 80% of their slots at European airports or risk losing them. Last year, in reaction to the COVID-19 pandemic, the EC implemented a waiver for the slot rule to provide greater flexibility for carriers that would otherwise be forced to operate practically empty “ghost flights” to keep their slots.

For the summer season currently underway, Europe opted for a “hybrid” solution that allowed carriers to return up to half their total slots in advance of the season while keeping the rights to use them in the future. The 50% slot usage threshold was put in place for all slots that were retained for the season. A force majeure clause was instituted in case of travel bans or other traffic-limiting measures.

The latest iteration of the rule means that the 50% threshold will persist through IATA’s winter season, which lasts from November through April. The policy is also less flexible than the version currently in effect, with no force majeure clause for intra-EU flights and no mechanism for carriers to hand back unused slots at the start of the season without sacrificing their slot rights.

IATA said the winter season policy change will “restrict the ability of airlines to operate with the agility needed to respond to unpredictable and rapidly changing demand,” which could lead to wasteful and unnecessary flying and weaken the financial stability of the commercial air transport industry.

“The Commission had an open goal to use the slots regulation to promote a sustainable recovery for airlines, but they missed,” IATA Director General Willie Walsh said in a statement. “They have shown contempt for the industry, and for the many member states that repeatedly urged a more flexible solution, by stubbornly pursuing a policy that is contrary to all the evidence presented to them.”

In objecting to the EC’s order, IATA said the EC relied on an overly optimistic assessment of the state of the intra-European travel recovery. Among its arguments, IATA said the intra-EU recovery does not accurately reflect the status of key slot-constrained airports, and observed that winter demand lags summer demand “even in good years.”

The association also highlighted how the unpredictable nature of the pandemic, including the emergence of more-transmissible variants and discrepancies between national vaccination drives, means that border restrictions and quarantines can potentially spring back up with little or no advance warning.

Walsh also pointed out the “irony” of a rule that could potentially force airlines to waste fuel flying aircraft on routes lacking passenger demand.

“There is a rich irony that only a week after the Commission released its ‘Fit for 55’ carbon emissions plan, it published a slots regulation that may force airlines to fly regardless of whether sufficient demand for that route exists,” Walsh stated.

However, ACI Europe has welcomes the Commission’s latest slot waiver decision, saying it represents a “first and crucial step” in the reinstatement of slot usage rules as air traffic begins to recover.

Describing the 50% threshold “pragmatic and proportionate,” ACI Europe director general Oliver Jankovec said that the threshold could even have been considered at a higher level, but the agreed solution for winter is a solid first step in preparation for the summer 2022 season and an expected return to the 80/20 usage rule in winter 2022/23.

Despite this, ACI Europe reiterated its call for a wider review of the slot regulation process, saying the current system was “wholly inadequate for today’s market.”