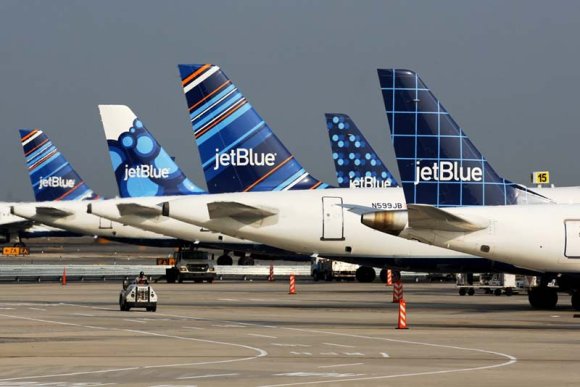 JetBlue CEO Robin Hayes has confirmed that the New York-based carrier will launch its first transatlantic route to London as planned on Aug. 11 despite ongoing restrictions between the US and the UK.

However, he expressed his frustration that a travel corridor between the two countries is yet to materialize, saying that frequencies of its New York John F Kennedy (JFK)-London Heathrow (LHR) route would be reduced as a result. The latest schedules show the number of flights will be cut from daily to 4X-weekly from Sept. 2 through Sept. 30.

“We are disappointed with the continued restrictions on travel between the US and the UK and urge regulators to safely reopen borders for travel,” Hayes told investors during a July 27 earnings call.

“We are planning schedule adjustments for this fall to match the current demand environment and once a path to the border reopening is clear, we expect demand to bounce back quickly just as it has in the rest of our network.”

Hayes added that flight frequencies would be reviewed on a month-by-month basis and the airline would “continue to stay flexible” to match capacity with demand. As well as launching LHR service, JetBlue is also planning to start a JFK-London Gatwick (LGW) route on Sept. 29.

Despite Hayes’ annoyance that a US-UK corridor hasn’t opened, the UK government is this week understood to be considering whether to loosen travel restrictions to England for travelers from the US and European Union. The move would allow fully vaccinated passengers to avoid quarantine.