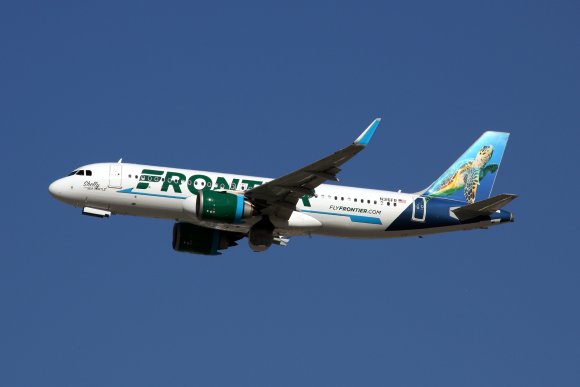 Twenty nonstop routes are being added to Frontier Airlines’ domestic and international network between October and December, including the launch of flights to five new destinations.

Of the new points joining the ULCC’s route map, four are overseas. They comprise Antigua and Barbuda (ANU); Belize City (BZE) in Belize; Liberia (LIR) in Costa Rica; and Providenciales (PLS) in the Turks and Caicos Islands.

In addition, Frontier is adding a seventh airport in New York state with the announcement of service from New York Stewart (SWF) in New Windsor.

Overall, Orlando (MCO) is the big winner from the Denver-based carrier’s latest round of expansion, securing 17 of the 20 services and more than 40 weekly departures. Among the new destinations starting from MCO are Montego Bay (MBJ) in Jamaica, Nassau (NAS) in the Bahamas, and Cozumel (CZM) in Mexico.

“Summer 2021 has led to phenomenal growth for Frontier and this announcement of 20 new routes comes on the heels of 21 that we unveiled just last week,” SVP of commercial Daniel Shurz said.

Earlier this month, Frontier confirmed plans to 21 routes between September 2021 and April 2022 from Atlanta Hartsfield-Jackson (ATL), Dallas Fort-Worth (DFW) and Las Vegas (LAS). ATL will receive nine new services, while seven will start from DFW and five from LAS.

“When we’re looking to add new routes to the system, including new destinations, we look for markets that don’t have enough service where there’s good demand, and [where] there is no nonstop service,” Shurz said.

“We also look for situations where fares are very high because when fares are high, even when there is nonstop service, it suggests there’s an opportunity for more customers to fly by low fares where available.”

Analysis of the latest schedules data provided by OAG shows that Frontier will face direct competition on five of the 20 routes being launched.

In addition, Frontier will compete with United Airlines between Denver (DEN) and BZE.

Speaking at Routes Americas 2021 in Orlando in late June, Frontier president and CEO Barry Biffle said the airline has grown by 10% to 20% per year for the last five years and that would continue.

On the carrier’s position at MCO he added: “We fly to 60-odd destinations nonstop from Orlando and we'll continue to add more.

“We're going to see how that the situation with people working from home works out. We all have our opinions of how it should be, but the markets are telling you that whether you like it or not there’s going to be more people working remote.

“That’s a decentralization of a lot of cities and we’re going to see a lot of smaller and mid-size cities becoming much more attractive for real estate, lifestyle, and so forth.”