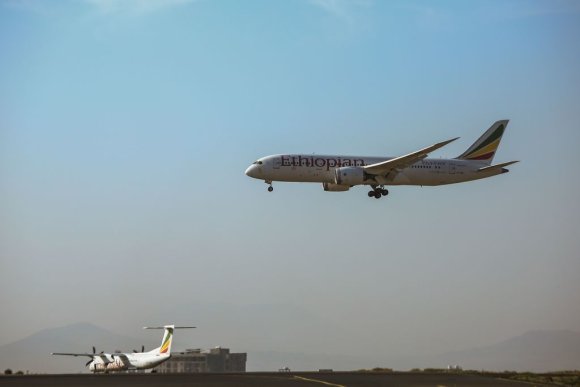 Ethiopian Airlines has resurrected plans to launch flights to Jordan’s capital Amman, increasing the number of destinations served by the carrier in the Middle East to nine.

The Star Alliance member originally intended to open a route to Amman’s Queen Alia International Airport (AMM) in July 2019 but the start was initially delayed until October before being scrapped altogether.

However, a 3X-weekly service between the airline’s Addis Ababa (ADD) hub and Amman will now commence on Aug. 30, operating three times per week onboard Boeing 737-800 aircraft.

Ethiopian Airlines will become the only carrier to offer nonstop service between Ethiopia and Jordan once the route launches. The Addis Ababa-Amman market was last served in June 2012 by bmi British Midland, which operated flights from London Heathrow (LHR) on an LHR-AMM-ADD-AMM-LHR routing.

Speaking in June 2019 ahead of the original ADD-AMM launch plans, Ethiopian Airlines CEO Tewolde GebreMariam described Jordan as “an awe-inspiring destination for tourists.”

“With the upcoming services, business and leisure travelers will enjoy convenient connectivity between Amman and the vast network of African cities Ethiopian Airlines serves through its Addis Ababa hub, which has emerged as the major gateway into Africa,” he added.

The latest schedules data provided by OAG shows that Amman flights will be on Mondays, Wednesdays and Saturdays, departing ADD at 11.45 p.m. and arriving in AMM at 3.45 a.m.

The return service leaves at 4.45 a.m. and returns to Ethiopia’s capital at 8.45 a.m., enabling passengers to connect to onward destinations including Mombasa (MBA) in Kenya, Niamey (NIM) in Niger, and Bujumbura (BJM) in Burundi.

Overall, the carrier is this week (w/c July 26, 2021) offering routes from ADD to 87 destinations worldwide, providing 286,419 seats across its entire network. This compares with 139 destinations from ADD and 416,934 seats during the same week two years ago.