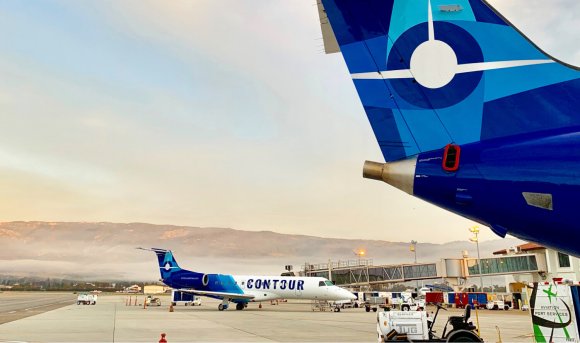 The carrier originally announced its entry into the Indianapolis market at Routes Americas 2020, with plans to start operations in June 2020. However, the launch was postponed because of the pandemic.

“We knew we would be here again one day,” Indianapolis Airport Authority executive director Mario Rodriguez said. “We have continued to remain engaged with Contour, ready to move forward when the time was right.

“With air travel up significantly, and the nation showing signs of moving toward recovery, now is the time.”

Contour CEO Matt Chaifetz said: “The ability to replace all day drives with an hour-long flight will increase efficiency and enhance productivity for those traveling between these markets.”

With the addition of the new routes from Indy, Contour will offer a route map spanning 12 states.

The Tennessee-headquartered carrier becomes Indy’s second new airline partner this year alongside Sun Country. The Minnesota-based LCC began flying from IND on May 28, connecting the city with its Minneapolis-St. Paul (MSP) home. Flights to Orlando (MCO) will also start in September.

Speaking to Routes during Routes Americas 2021, IND air service development manager Maggie Bishop noted that leisure travel continues to lead the recovery. “Right now, demand is to leisure markets,” she said. “As business travel returns, we expect to see increased demand to the West Coast and internationally including across the pond as borders allow.”

OAG Schedules Analyser data shows there will be about 888,627 departure seats from IND during August 2021, compared with 957,219 during the same month two years ago.