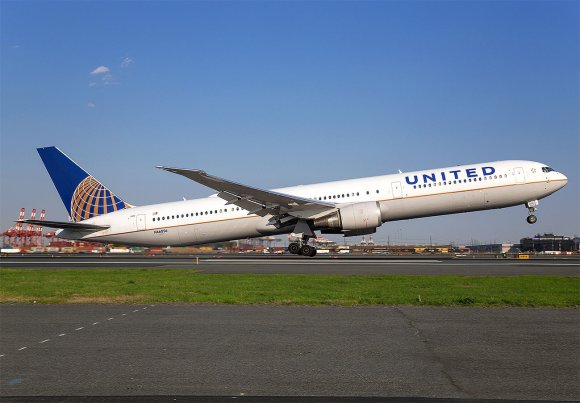 United Airlines is increasing flight frequencies on transatlantic routes to London after travel restrictions were eased for fully vaccinated passengers arriving in England, Scotland and Wales from the US and European Union.

The carrier will offer 42 flights a week between the US and London Heathrow (LHR) from Aug. 2, adding a second daily service from Washington Dulles (IAD) and increasing Houston George Bush (IAH) from 5X-weekly to daily. Daily flights from Chicago (ORD), Newark Liberty (EWR) and San Francisco (SFO) will also continue.

The move sees United’s capacity between the US and London grow to 19,712 two-way weekly seats—a rise of 13.1% on its previous schedule.

The Star Alliance member announced in February plans to connect BOS and LHR, offering daily flights onboard Boeing 767-300ER aircraft. However, the airline is yet to confirm a start date.

“Today's announcement is yet another major milestone in recovering from the COVID-19 pandemic with the opening of one of the most important markets from the US,” United VP of international network and alliances Patrick Quayle said.

“United has demonstrated that we can operate flights between the US and England safely and we are eager to help rebuild these economies by facilitating business and leisure travel.”

The expansion follows the UK government’s decision to remove quarantine restrictions for passengers arriving in England from the US and amber countries in the EU who have been fully vaccinated against coronavirus. The governments of Scotland and Wales have also approved the measures, with the new rules set to come into effect at 4 a.m. on Aug. 2.

However, travelers must take a COVID-19 test before departure as well as a PCR test within the first two days of arrival.

Speaking on an earnings call on July 20, United CCO Andrew Nocella said the carrier expects its summer Atlantic load factors to be around 70% in 2021, 16 points lower than 2019.

But he added: “We think the summer of 2022 across the Atlantic has the potential to be our best season ever with pent-up demand and easing border restrictions.”

During the first week of August in 2019, United served London from seven points in the US, offering 119 weekly flights and 51,744 two-way seats. In addition to the five routes currently operating, flights to LHR were provided from Denver (DEN) and Los Angeles (LAX).