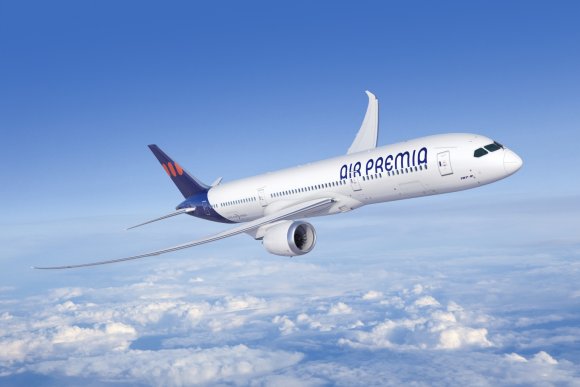 South Korean startup Air Premia is seeking approval to launch service to the US, with plans to begin flights between Seoul Incheon (ICN) and Los Angeles (LAX) next year.

The airline, which received its air operator certificate in July, hopes to secure a foreign air carrier permit from the US Transportation Department granting authority to start scheduled operations between South Korea and the US, as well as points behind and beyond each country.

If the hybrid carrier gets the green light, it wants to open a route connecting the Korean capital with Los Angeles during the second quarter of 2022. Flights would be on board a 309-seat Boeing 787-9 aircraft.

“Air Premia’s new service will provide additional nonstop travel opportunities to citizens of both the US and the Republic of Korea, serve the interests of comity and reciprocity, benefit travelers in both countries, and will, therefore, serve the public interest,” the airline said in its application.

However, the current level of scheduled capacity is about 47% down on the same week two years ago when the number of seats exceeded 22,600. At the time, Asiana offered daily A380 service, as well as daily A350-900 flights, while Korean Air served ICN-LAX 2X-daily using A380s.

Air Premia’s hopes of entering the US market come as the airline prepares to launch commercial operations on Aug. 11. The carrier’s inaugural route will link Seoul Gimpo (GMP) with Jeju (CJU), a popular island vacation destination off the southern coast of the Korean peninsula.

The Seoul-Jeju route is the busiest passenger route in the world, with 11.5 million passengers flying between the destinations in 2019. Seven airlines currently serve the market and capacity this week (w/c Aug. 2, 2021) is 346,994 two-way seats. For comparison, the second biggest route globally by capacity is Tokyo Haneda (HND)-New Chitose (CTS) with 167,667 weekly seats.

Air Premia initially plans to launch 2X-daily flights between GMP and CJU with a morning and an evening service. Following the start of the domestic route, the airline wants to begin international flights to Singapore, Thailand and Vietnam.