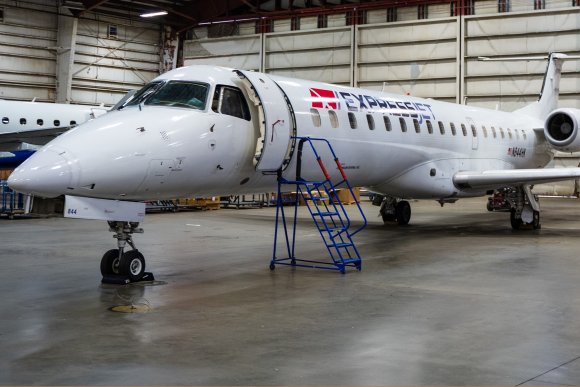 US regional carrier ExpressJet plans to resume service before the end of September, the Atlanta-based airline has announced.

The move follows the US Transportation Department’s (DOT) decision to issue a final order that permits the carrier to restart flights—almost a year after the former United Airlines affiliate was forced to wind down operations.

As previously reported by Routes, the DOT issued a show cause order in July, proposing that ExpressJet is “fit, willing, and able to conduct interstate air transportation” as a US-certificated air carrier. That tentative decision has now been made final.

ExpressJet has been a scheduled airline for 33 years and has operated as Delta Connection and American Eagle, as well as United Express. However, after United consolidated Embraer ERJ-145 flying with CommutAir, the airline halted commercial operations in September 2020.

Following the final DOT approval, a statement issued by the carrier said it expects to unveil its detailed flying plans “in the coming weeks.”

The airline added it intends to provide service in “small and abandoned markets with unmet customer needs.” It will also avoid “needless overlap” with the major airlines and ULCCs.

“Resumption of service will allow ExpressJet to begin recalling and reinstating furloughed employees,” the airline said.