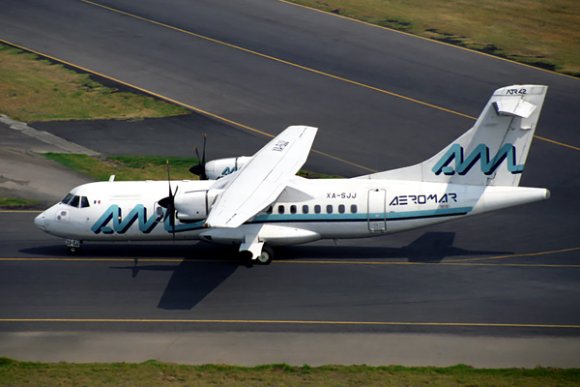 Emirates has entered into an interline partnership with Aeromar as part of a strategy to open up more destinations in Mexico and the US.

The Gulf carrier began flying to Mexico City (MEX) in December 2019, operating via Barcelona (BCN) as the high altitude of Mexico’s capital means it cannot fly from Dubai (DXB) nonstop. Flights on the fifth freedom BCN-MEX route resumed in July after a 15-month hiatus because of the pandemic.

Additionally, the partnership includes Aeromar’s destinations in the US: Laredo (LRD) and McAllen (MFE) in Texas.

“The strength of Aeromar’s regional flight network will allow us to connect a large number of travelers from cities in Mexico and Texas, United States to our global network via Mexico City, Barcelona and Dubai,” Emirates CCO Adnan Kazim said.

Emirates previously agreed a similar partnership with InterJet, the third-largest Mexican carrier before the pandemic. However, the cooperation only lasted for a few months as Emirates suspended flights to MEX when the COVID-19 crisis hit and InterJet halted all operations in December 2020.

Emirates’ entry to the BCN-MEX market in December 2019 attracted the ire of Aeromexico. Mexico’s flag-carrier had wanted to begin a route in 2018, but canceled flights less than six months before the proposed start date citing an intention by Emirates to serve the same route. Emirates then withdrew its application—prompting Aeromexico to revive its plans in February 2019—only for Emirates to then opt to enter the market.

The saga meant that by January 2020, Emirates was providing daily flights using Boeing 777-200LRs, while Aeromexico was offering a 5X-weekly service using 787-8s and 787-9s. Capacity between the destinations therefore totaled around 6,300 two-way weekly seats.

Both Emirates and Aeromexico suspended service in March 2020 because of the pandemic. Data provided by OAG Schedules Analyser shows Emirates currently offers four flights per week, while Aeromexico’s flights are yet to restart.

Meanwhile, authorities in the United Arab Emirates (UAE) have announced that from Aug. 5, passengers on transit flights from India, Nepal, Nigeria, Pakistan, Sri Lanka and Uganda can now enter the UAE. The lifting of the ban on transit flights was confirmed by the National Emergency and Crisis Management Authority.

Emirates confirmed the change and said the revised guidelines also allow resumption of services from Nepal, operated by flydubai under a codeshare agreement with Emirates, as well as transiting services from Afghanistan, Bangladesh, Indonesia, South Africa, Vietnam and Zambia.