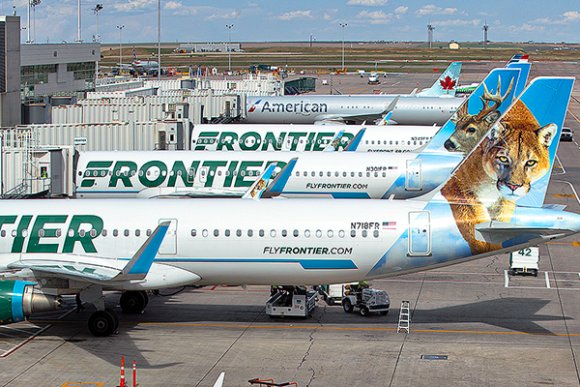 Frontier Airlines has unveiled a further 15 new routes to start this winter, taking the number of new services announced over the past three weeks to 56.

Miami International (MIA) is a focus for the latest round of expansion with nine new routes, including the carrier’s first service to Aruba (AUA). International routes are also being added from Denver (DEN), Newark (EWR) and Philadelphia (PHL).

Frontier VP of commercial Daniel Shurz said the airline continues to target markets where its low fares can stimulate demand. “Today’s expansion holds true to that cornerstone and offers travelers new routes to some of the most popular domestic and international vacation destinations,” he added.

Frontier’s planned expansion from MIA comes as Spirit Airlines gears up to make its debut at the airport. Although none of the new destinations announced by Frontier overlap with Spirit’s planned network, the Denver-based ULLC will compete directly with American Airlines.

Analysis of data provided by OAG Schedules Analyser shows Frontier and American will go head-to-head on eight of the nine routes being launched from MIA, including American’s services to Albany (ALB), and Syracuse ({SYR}}), which were announced in July.

The only route from MIA without direct competition looks set to be service to Portland (PWM), Maine. Although American currently provides a 1X-weekly service between the destinations, there are no flights currently listed beyond Sept. 4.

From Newark, Frontier will compete with both JetBlue Airways and United Airlines on the three new routes being launched, while American will provide the competition between PHL and Nassau (NAS) in the Bahamas.

However, the markets between Denver and Los Cabos (SJD) in Mexico, and Jacksonville (JAX) and San Juan (SJU) in Puerto Rico are currently unserved nonstop.