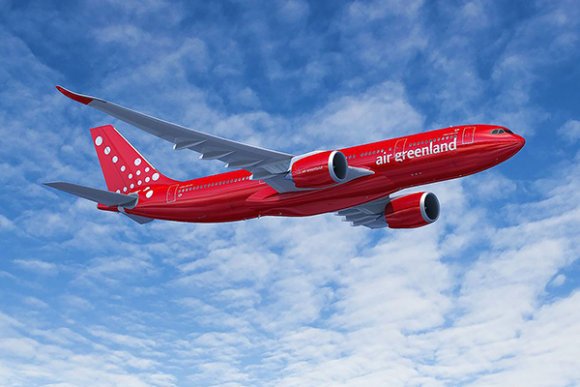 State-owned Air Greenland is the national airline of Greenland, the world's largest island located between the Arctic and Atlantic Oceans which is an autonomous territory within the Kingdom of Denmark.

The carrier operates a fleet of one Airbus A330, one Beechcraft King Air 200 and six Dash 8s, flying a network of domestic routes as well as international services to Copenhagen (CPH) in Denmark and Reykjavik Keflavik (KEF) in Iceland. An A330neo is also set to be delivered during the fourth quarter of the year.

Data provided by OAG Schedules Analyser shows 54 routes are on offer during August, with the most frequencies being deployed between the south-eastern Greenland town of Tasiilaq (AGM) and Kulusuk Island (KUS), located just 21 km away.

Speaking during an interview with ASM's Lee Lipton during the CAPA Live event in July, Air Greenland CEO Jacob Nitter described the airline’s network as “very complex,” requiring a lot of domestic airport pairs to feed its A330 operations. He said the carrier had been hit hard by travel restrictions, but the outlook was positive.

“We still have quite strict restrictions on entering the country, but once those restrictions are lifted, we expect demand to come back to pre-COVID levels and even exceed those levels,” Nitter said.

“We see a growing demand for tourism—and we've been working through the pandemic also to get ready for the post-pandemic situation. Greenland can offer unique experiences, which is something that the market asks for. I think we can also offer a safe destination, because we have no active cases of COVID and we’ve managed to keep COVID at a very low level.”

Kalaallit Airports, set up by Greenland’s government in 2016, is currently embarking on an expansion of the existing airports in the capital Nuuk (GOH) and tourism centre of Ilulissat (JAV), as well as the construction of a new airport in Qaqortoq.

Nitter said the infrastructure developments would make it much easier for foreign airlines to operate flights to Greenland—and would therefore help to further the tourism appeal of the island.

Looking ahead, Nitter explained that the carrier is targeting new routes to the US and Canada, as well as parts of Europe.

“There are a lot of North Americans who would like to go to Greenland, but today, because you have to go via either Iceland or via Copenhagen, it's a long trip,” he said. “That certainly keeps away a lot of people from going to Greenland. So, we're definitely looking at the potential for opening new routes towards North America and even Europe.”