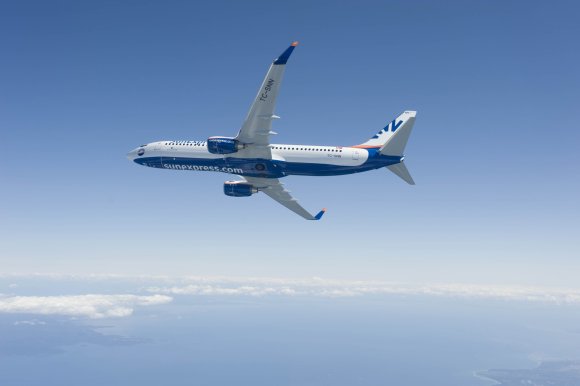 Turkish-German airline, SunExpress has issued a ‘Request for Proposals’ via Route Exchange, seeking new strategic and long-term airport partners in the UK and Ireland.

The full-service airline which recently announced 23 new routes between Turkey and destinations in Europe and the Middle East, is looking to collaboratively rebuild traffic post-pandemic and add additional capacity to its Summer 2022 schedule from both unserved and underserved airports in the UK and Ireland.

Airports that are large enough to sustain demand to Turkey will be invited to participate with a formal response for evaluation with a submission deadline of Friday 1st October, which could lead to further conversations at World Routes 2021 in Milan this October.

Wilken Bellmann, Head of Network Planning and Scheduling at SunExpress said “We have identified the United Kingdom and Ireland as our next strategic markets that are sizeable enough to support our growing fleet while also fitting our sales and pricing strategy. According to our data, it is the third-largest market to the destinations we are serving in Turkey and had shown the most consistent and sustainable growth in passenger numbers, before the COVID-19 pandemic.”

SunExpress’ decision to use Route Exchange to build its network follows the news that more than 3,000 air services have been announced since the start of the year. As the only online tool dedicated to route development, Route Exchange has provided an effective platform for more than 350 airlines, airports, and destinations to outline their recovery plans, identify new opportunities, and directly communicate with the wider aviation community during this critical time.

The RFP follows the success of similar proposals hosted on the platform on behalf of Canadian LCC, Swoop, and Utah-based ULCC, Breeze Airways in June 2020 and July 2021 respectively, the former of which has resulted in various new destinations in its Summer 2021 schedule.