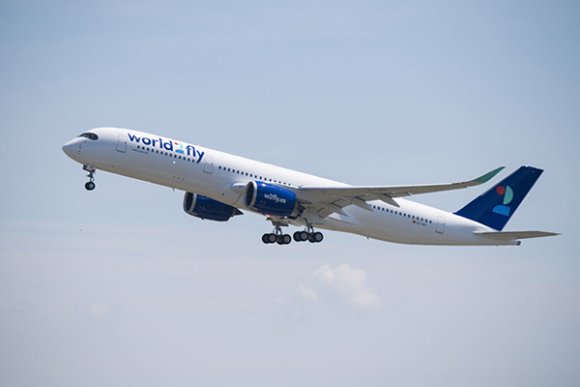 Spanish startup World2Fly has received final approval from the US Transportation Department (DOT) to begin operating scheduled and charter flights to the US.

The airline, which commenced commercial operations in June, has received a foreign air carrier permit from the US government, paving the way for the launch of its inaugural transatlantic routes to the North American country.

Based on the Spanish island of Mallorca, World2Fly has been founded by travel services provider World2Meet and is owned by hotel operator Iberostar Group. The carrier has a fleet of one Airbus A330-300 and one A350-900, with a second leased A350-900 due for delivery in 2022.

It applied to the DOT for a foreign air carrier permit in February 2021, requesting permission to transport persons, property, and mail between any points in the European Union and the US, as well as from points behind the EU and to destinations beyond the US. Tentative approval was granted in May.

Data provided by OAG Schedules Analyser shows World2Fly currently operates two scheduled routes, flying from Madrid (MAD) to Cancun (CUN) in Mexico and Punta Cana (PUJ) in the Dominican Republic. Service to both is 4X-weekly using the carrier’s A350-900.

A third scheduled route will join the airline’s network from Sept. 1, the latest schedules show. Flights will be offered between MAD and Havana (HAV) in Cuba, also operating four times per week.