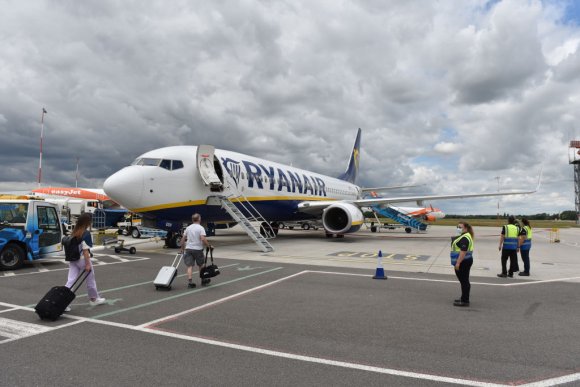 The owner of London Southend (SEN) in the UK has shrugged off Ryanair’s decision to close its base at the airport, saying the impact on earnings will be “negligible.”

The Irish ULCC currently has two Boeing 737-800s stationed at SEN but intends to shut the base from Nov. 1 and redeploy the aircraft elsewhere in order to improve its overall network efficiency.

Esken, the parent company of London Southend and previous owner of defunct UK regional carrier Stobart Air, insisted the impact on earnings would be “negligible in view of the expectation of limited flying in the winter season.”

Ryanair’s decision comes almost a year after easyJet shut its base at the airport.

Chairman David Shearer said: “The terms of the deal which had been entered into with Ryanair in 2018 were based on a significantly different set of market and economic parameters to the present day.

“We are therefore commercially agnostic to this decision and will look to build sustainable and profitable passenger growth for [London Southend] with a range of other carriers as demand recovers into a post-pandemic world.”

Shearer said the airport has a catchment of about 8 million people within one hour traveling time and the “fundamental commercial rationale” for SEN “remains strong.”

He added that Ryanair’s decision will have no impact on a £125 million ($173 million) seven-year loan agreed with Carlyle Global Infrastructure, announced in July.

Although Ryanair is currently the sole carrier to offer scheduled flights from SEN, the latest schedules show that Wizz Air has filed plans to resume flights from the airport in November after a year hiatus.