Nigerian startup Green Africa has obtained its Air Operator’s Certificate (AOC) and will start its first commercial flights on Aug. 12.

“This is a watershed moment in our journey to use the power of air travel to create a better future,” the airline said in a statement. “With this certificate, Green Africa is able to commence operations in accordance with its initial route network unveiled earlier in June.”

Green Africa’s inaugural route will connect Nigeria’s largest city Lagos (LOS) with the country’s capital Abuja (ABV). Service will be 2X-daily with a flight time of about 1 hr. 40 min.

OAG Schedules Analyser data shows the carrier will face direct competition on all six routes being launched, the fiercest of which will come in the Lagos-Abuja market. Seven airlines currently serve the two destinations nonstop, collectively providing about 42,000 two-way weekly seats.

Green Africa has three ATR 72-600s from ACIA Aero Leasing. The airline plans to deploy the aircraft on domestic routes until December 2022 before expanding internationally within Africa. 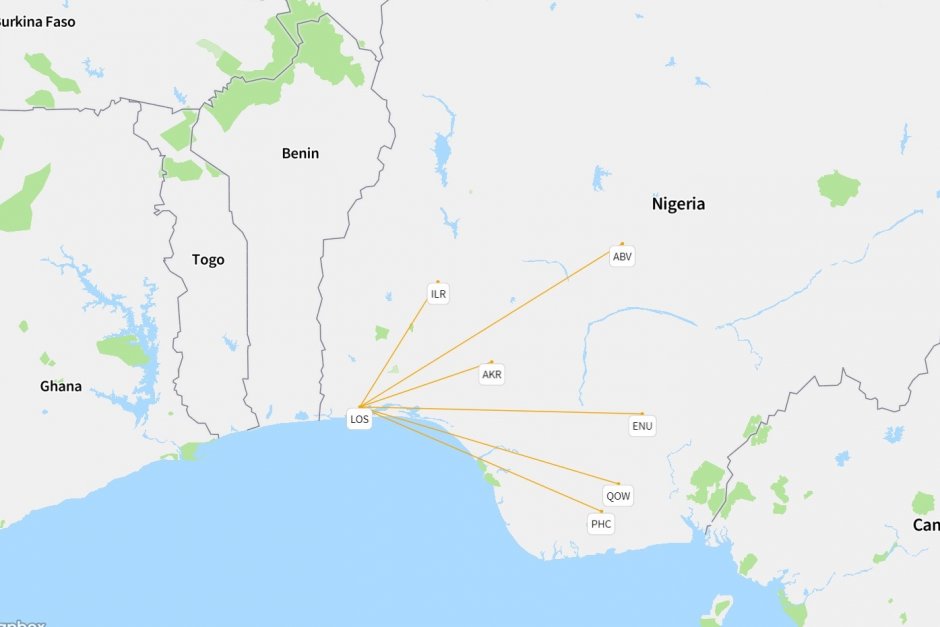