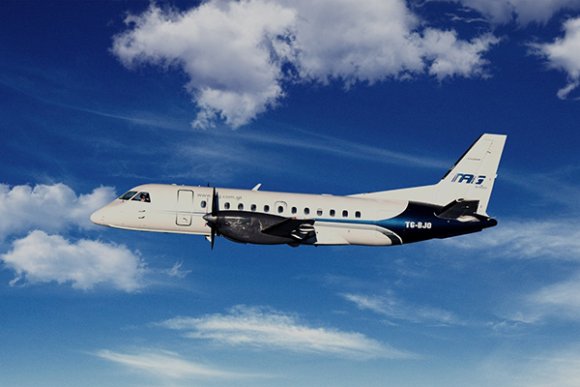 TAG Airlines will begin flights to Mexico later this month with the launch of two new routes from Guatemala City (GUA). Mexico becomes the fourth country served by the carrier alongside Belize, Honduras and El Salvador.

The first new service launches on Aug. 13, connecting GUA with Tapachula (TAP), a city in the far southeast of the state of Chiapas, near the Mexico-Guatemala border and the Pacific Ocean. Flights will be offered five times per week using Embraer 110 and Saab 340 aircraft.

The vacation resort Cancun (CUN) on the Yucatán Peninsula will become TAG’s second Mexican destination from Aug. 19, with the airline planning a 4X-weekly service onboard Saab 340.

“The south-southeast region of Mexico is of great importance and attractiveness for leisure and business travelers, for its natural beauties, its cultural richness and the relevance that the region has for economic growth,” TAG CEO Julio Gamero said.

Gamero explained that a catalyst for the launch is also the Mayan Train project, a proposed 1,525-km (948-mi.) intercity railway in Mexico that would traverse the Yucatán Peninsula. He said the scheme would “become a cornerstone for the development of the south-southeast region, through the creation of jobs, the generation of investments and the promotion of tourism activity.”