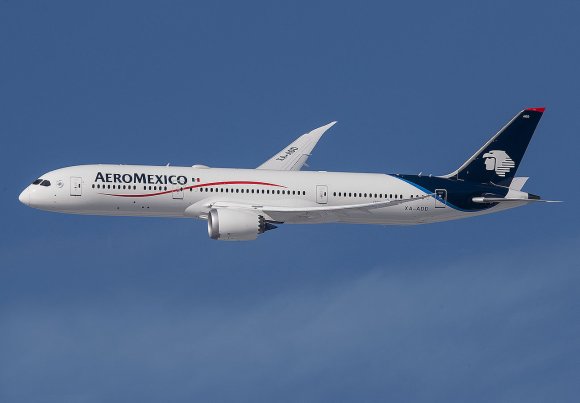 SkyTeam alliance member Aeromexico is launching a second route to Madrid (MAD) in December, connecting Spain’s capital with the city of Guadalajara in western Mexico.

Raul Revuelta Musalem, general director of airport operator Grupo Aeroportuario del Pacifico (GAP), said GDL has been targeting a direct flight to Europe for more than 20 years, adding the planned launch demonstrates Aeromexico’s confidence in the market and the airport.

GAP is currently embarking on a project to remodel the airport’s terminal 1, construct a second runway and build a second terminal. Once the Guadalajara 2020-26 Plan is complete, the airport will have the capacity to handle 30 million passengers per year.

The new service to Madrid will become Aeromexico’s second route to the Spanish city alongside its flights from Mexico City (MEX). The airline has served the MEX-MAD market for the past 63 years and currently provides 14X-weekly flights and 7,600 two-way weekly seats using 787-9s.

Prior to the pandemic, the carrier also served Barcelona (BCN) from MEX, flying three times per week. However, regular service was suspended in March 2020 and remains on hold.

O&D traffic between Guadalajara and Madrid totaled 23,754 two-way passengers in 2019, with the majority traveling via Mexico City in the absence of nonstop flights. The figures, provided by Sabre Market Intelligence, show Guadalajara-Madrid was the sixth largest Mexico-Spain city pair during the year. Aeromexico will be hoping to capture leisure and VFR demand, while cargo will also be a factor in the launch of the GDL-MAD route.

According to OAG Schedules Analyser data, the market between Mexico and Spain has recovered well since the easing of travel restrictions. There about 115,000 two-way seats available between the countries during August 2021—equivalent to 66% of the total offered during August 2019.