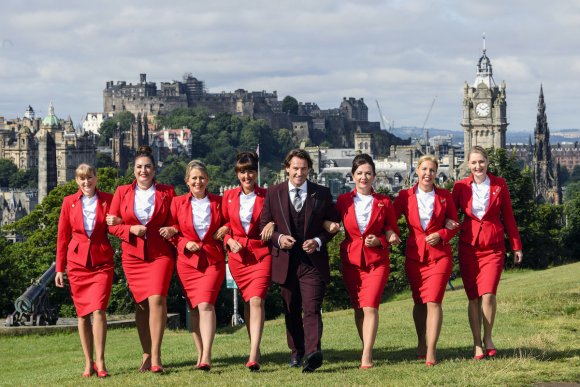 UK long-haul leisure carrier Virgin Atlantic is adding international service from Edinburgh (EDI) for the first time during the upcoming northern winter season as part of a further expansion to its Caribbean network.

Flights from the Scottish airport to Barbados (BGI) will start on Dec. 5, operating twice a week on an Airbus A330 aircraft. The airline will also fly 2X-weekly from EDI to Orlando (MCO), Florida, from April 2022.

“To be able to deliver flights to Barbados, Scotland’s only direct route to the Caribbean, and Orlando is a fantastic boost to us as we prepare for the post-COVID recovery, and it is a huge show of confidence in Edinburgh Airport’s ability to deliver for passengers across the country,” EDI CEO Gordon Dewar said.

As well as the Edinburgh launch, Virgin Atlantic plans to commence a 3X-weekly seasonal winter service from Manchester (MAN) to Montego Bay (MBJ) in Jamaica, starting on Nov. 6 using A330-300s. The airline, which resumed flights from MAN on Aug. 7, will also increase frequencies from MAN to Barbados from 3x-weekly to 5X-weekly.

From London Heathrow (LHR), Virgin Atlantic on Aug. 5 confirmed the launch of a new route to Nassau (NAS) in the Bahamas from Nov. 20 onboard a Boeing 787-9. Flights will be twice a week.

In addition to its Caribbean expansion, Virgin Atlantic is expanding its portfolio in Hong Kong and India. For the remainder of August, the airline’s LHR-Mumbai (BOM) route will operate on using A350s, which will increase capacity by 30%. Meanwhile, from September capacity to Hong Kong (HKG) will rise by 80%, with four additional weekly flights and an A350 operating the route.