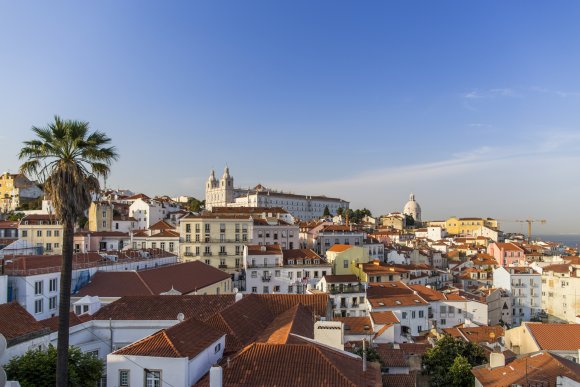 Ukraine’s SkyUp Airlines is opening a second route to Portugal later this month when it begins flights to the country’s capital Lisbon (LIS). The LCC, which already serves the Portuguese island of Madeira (FNC), will launch a route from Kyiv Borispol (KBP) on Aug. 23. Flights will operate once a week on Mondays using Boeing 737-800s.

SkyUp will become only the second carrier to offer nonstop service between Ukraine and Portugal alongside Wizz Air, which serves LIS from Kyiv Zhuliany (IEV) twice a week onboard Airbus A320s. Data provided by OAG Schedules Analyser shows that SkyUp’s entry to the market will increase the number of two-way weekly seats currently operating between the two capital cities by almost 50% to more than 1,100.

The Kyiv-Lisbon market was previously a mainstay of Ukraine International’s network until the airline ended its KBP-LIS service in January 2016. Following the withdrawal, the market remained unserved for more than two years until Wizz Air began flying IEV-LIS in June 2018.

Sabre Market Intelligence figures reveal that O&D traffic between Kyiv and Lisbon totaled 96,476 two-way passengers in 2019—a rise of 32.5% on the previous 12 months. Of the 2019 traffic, 33% of passengers traveled nonstop.