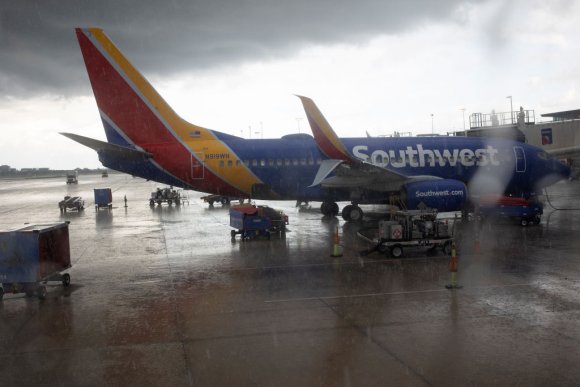 Southwest Airlines said it has experienced a slowdown in close-in bookings and a spike in last-minute trip cancellations in recent days, which it attributed to “the recent rise in COVID-19 cases associated with the Delta variant.”

US carriers have been revising down their capacity plans for travel in September, as daily throughput screened by the Transportation Security Administration (TSA) has stalled at around 20% below 2019 levels in recent weeks. This indicates that demand may soften in September, according to Bloomberg Intelligence analyst George Ferguson.

Full-service US carriers now plan to operate 12% less capacity vs. 2019 in September, compared to 5% less for LCCs and ULCCs, although more cuts may still come, Ferguson estimated in a report.