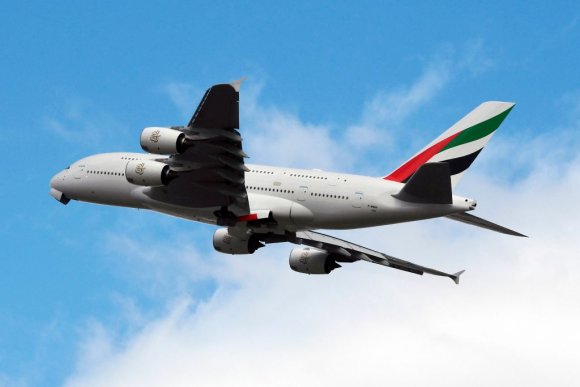 Emirates has said it is “actively responding to the spike in travel demand across its network” by boosting frequencies on routes to destinations in the US, UK and Africa.

In the US, the carrier currently flies to 12 cities. Emirates plans to increase frequencies to Boston (BOS), Houston (IAH) and San Francisco (SFO) during August to accommodate for “the seasonal influx of travelers.”

Emirates’ booking system shows that flights from Dubai (DXB) to BOS and SFO are each increasing from 4X-weekly to 5X-weekly, while DXB-IAH expands from 5X-weekly to 6X-weekly. In addition, the airline is upping capacity to New York John F Kennedy (JFK) from Aug. 13 by adding Airbus A380 service on an additional four existing weekly frequencies.

In the UK, Emirates said that by October it intends to increase DXB service to 73 flights per week, including a 6X-daily London Heathrow (LHR); double-daily A380 flights to Manchester (MAN), 10X-weekly services to Birmingham (BHX) and daily services to Glasgow (GLA). The DXB-GLA route resumed on Aug. 11 with four flights per week.

The Gulf carrier is currently flying DXB-LHR three times per day using A380s but will gradually increase frequencies during August and September. “The multiple daily flights served by the airline’s flagship A380 will provide significant connection opportunities to one of the highest demand leisure and business markets in the world,” Emirates said in a statement.

Across its African network, service to Johannesburg (JNB) in South Africa has been increased from daily to 11X-weekly with the addition of four linked flights with Durban (DUR). The airline has also reinstated capacity on its flights to and from Lusaka (LUN), linked with Harare (HRE) and Entebbe (EBB) with five weekly flights each.