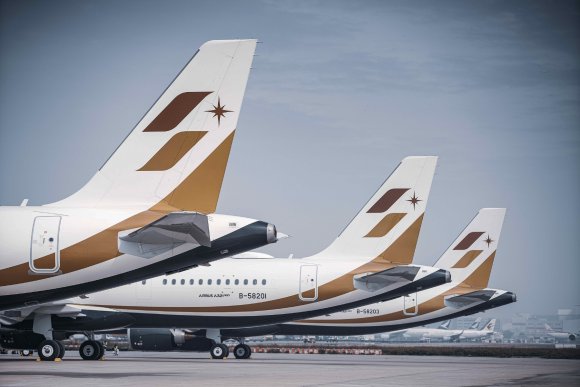 Taiwanese carrier Starlux Airlines will open a ninth international route from Taipei Taoyuan (TPE) in September with the launch of flights to Singapore (SIN).

The carrier, which commenced commercial operations in January 2020, will begin nonstop service between the destinations on Sept. 23 using Airbus A321neo aircraft.

Flights will initially operate twice a week on Tuesdays and Thursdays, increasing to 3X-weekly in October with the addition of a Saturday flight. The flight from TPE departs at 9.20 a.m., arriving in SIN at 1.45 p.m. The return service leaves at 3.05 p.m. and lands back in TPE at 8.05 p.m.

Details of the planned Singapore route come days after Singapore's Ministry of Health said travelers from Taiwan would no longer be required to isolate at home if they test negative for COVID-19 on arrival. Previously, all passengers from Taiwan had to isolate for 14 days.

Data provided by OAG Schedules Analyser shows that Starlux will face strong competition in the Taipei Taoyuan-Singapore market. During the week commencing Aug. 9, the route is being served twice a week by EVA Air and daily by Scoot and Singapore Airlines (SIA), with the combined number of two-way weekly seats totaling 10,656.

Competition is set to further intensify in the coming weeks, with EVA Air planning to progressively increase frequencies so that it will be operating 2X-daily flights by early October. Additionally, China Airlines will resume a 1X-weekly service on Sept. 5, and Jetstar Asia will restart daily flights from Oct. 1.

As reported by Routes, SIA also plans to begin a new route on Aug. 25 that will connect SIN to TPE and onwards to Los Angeles (LAX). Flights will be three times per week using A350-900s.

The latest schedules indicate that by early November, there will be almost 38,000 two-way seats on offer between Taipei Taoyuan and Singapore. This compares with 45,300 seats during the first week in November 2019.

According to figures from Sabre Market Intelligence, O&D traffic between the destinations amounted to 1.44 million two-way passengers in 2019—a rise of 4.2% on the previous 12 months.

Starlux operates a fleet of five A321neos and targets premium travelers. As well as going head-to-head with SIA in the TPE-SIN market, the two carriers could also soon be competing between TPE and LAX. Although its plans have been delayed until 2023, Starlux intends to make LAX its first US destination once it receives its on-order Airbus A350s.