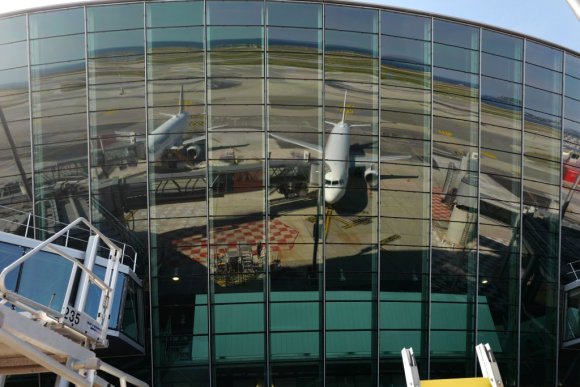 Romanian carrier Blue Air is further expanding outside of its home market with plans to launch a service connecting France and the UK.

From Sept. 16, the airline intends to start flying between Nice Cote d’Azur (NCE) and London Heathrow (LHR), operating up to four times per week. Flights will be on Thursdays, Fridays, Sundays and Mondays, targeting leisure travelers seeking a weekend getaway.

Blue Air began serving London Heathrow in January this year, offering flights from its Bucharest (OTP) hub. Since then, the ULCC has added links from Cluj-Napoca (CLJ) and Iasi (IAS), currently providing 19X-weekly flights across the three routes.

The airline also serves London Luton (LTN) from OTP and Bacau (BCM), in total offering 11,300 two-way weekly seats between the UK capital and destinations in Romania.

The planned service from Nice would become the carrier’s first to London Heathrow not to originate at an airport in Romania, highlighting the airline’s strategy to increase its footprint outside of its home country.

However, data provided by OAG Schedules Analyser shows that Nice-London Heathrow will become the only nonstop route in the airline’s network not to touch a point in Romania or Italy. The carrier has previously offered international flights from Larnaca (LCA) to non-Romanian or Italian destinations, but the last of those was in October 2020.

In the Nice-London market, Blue Air will face strong competition from British Airways (BA) and easyJet, which collectively provide 44 weekly flights between the city pair and 13,600 two-way weekly seats.

BA serves LHR-NCE up to 5X-daily and London City (LCY)-NCE 5X-weekly, while easyJet serves NCE 9X-weekly from London Gatwick (LGW) and 2X-weekly from LTN. Prior to the pandemic, Jet2.com and Ryanair also provided Nice-London seasonal flights.